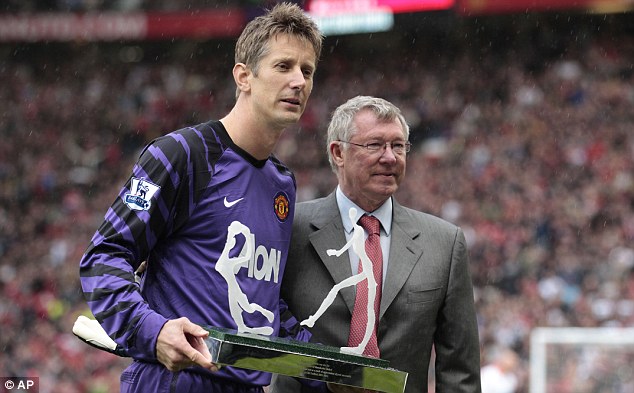 De Gea has performed brilliantly again this season, and pulled off a magnificent save to deny Emanuele Giaccherini against Sunderland last weekend in a 2-1 win over the Black Cats.

Van Der Sar has been impressed with the young Spaniard’s progress since joining the club.

“It is unbelievable,” said VDS. “He came from different league, he was young. He was 20 when he came. He came from Spain, he didn’t speak the language. There is different food, different tactics, different methods of training. Corners and free-kicks, balls in the box – that is different to the Spanish league. It was normal he could have some troubles in the beginning. I think the way he turned the corner from January onwards has been a real benefit for United and one of the two or three reasons they won the league. His physique is better. He worked really well with Eric Steele and the physical coaches and that is the way you improve. He is still so young but already experienced. Hopefully he will get a chance in the national team also.”