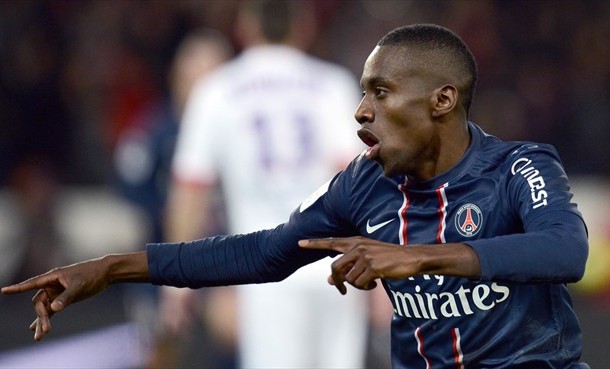 “A match with keen glances from the (big) European clubs” – Marseille had proudly emblazoned on their website. Though the match itself, amidst much fanfare, came good on its promise of drama, controversy and ferocity, it was l’OM who would fall flat after gifting the visitors the win, despite entering 45 minutes with a man up and a goal up.

Manchester United headed the list of clubs who were represented by scouts and emissaries from around the continent. Joining them would be Manchester City, Arsenal, Liverpool, Napoli, AS Monaco and for some reason or another, Blackburn Rovers.

But who could David Moyes and his scouting staff possibly have his eye on?

It’d unlikely be a Marseille player. Andre Ayew – the Ghana international well known across the continent, and at fault for the club’s defeat was quoted as saying by Le10Sport that most players in the dressing room strive for a move to ‘Real, Barca or Chelsea’, fuelling speculation. He’s talked about a move to the Premier League, specifically Liverpool, ruling him out. Steve Mandanda too, tonight’s other culprit has long praised United, but he too won’t be a viable option, especially with David de Gea.

Mathieu Valbuena is the only player to commit himself to Marseille, signing a three year contract, with extensions for Champions League qualification. He’s resisted all moves, and is happy to remain. That leaves a possible two – Giannelli Imbula, the tenacious, yet technical midfielder just signed from EA Guingamp has starred for l’OM, with Chelsea confirming their interest, having failed to capture his signature over the summer. One for United to possibly keep their eye on. So too Nicolas N’Koulou, the big Cameroonian defender, who has long been tracked by Europe’s finest.

It’s far more likely that United have been looking at the opposition too. Paris Saint-Germain clearly have an array of talent, though the question remains, do Manchester United retain the financial power and prestige to attract any of their key stars?

Blaise Matuidi, the France international midfielder was absolutely stunning in the middle of the park, and his contract ends next summer. Given his worth to the club, that would surely be rectified soon. Marco Verratti recently signed a new contract extension, but his disciplinary problems could provoke a rethink. He hasn’t been linked with a Premier League move yet, but talks of an exit are completely premature, if even that. The other two likely to leave PSG in the winter or the summer didn’t feature. Javier Pastore, much-maligned during his time in the capital was left on the bench, whilst Jeremy Menez, the tricky winger was left out altogether after an outburst in midweek, meaning he was disciplined. His contract ends in 2014, but would the Reds want a punt on him?

So far, it’s entirely unclear still as to who the Premier League champions could’ve been watching, and only time will tell if they’ve seen a performance good enough to provoke an action from the club. Watch this space…

3 responses to “Who were United scouting in tonight’s Le Classique?”