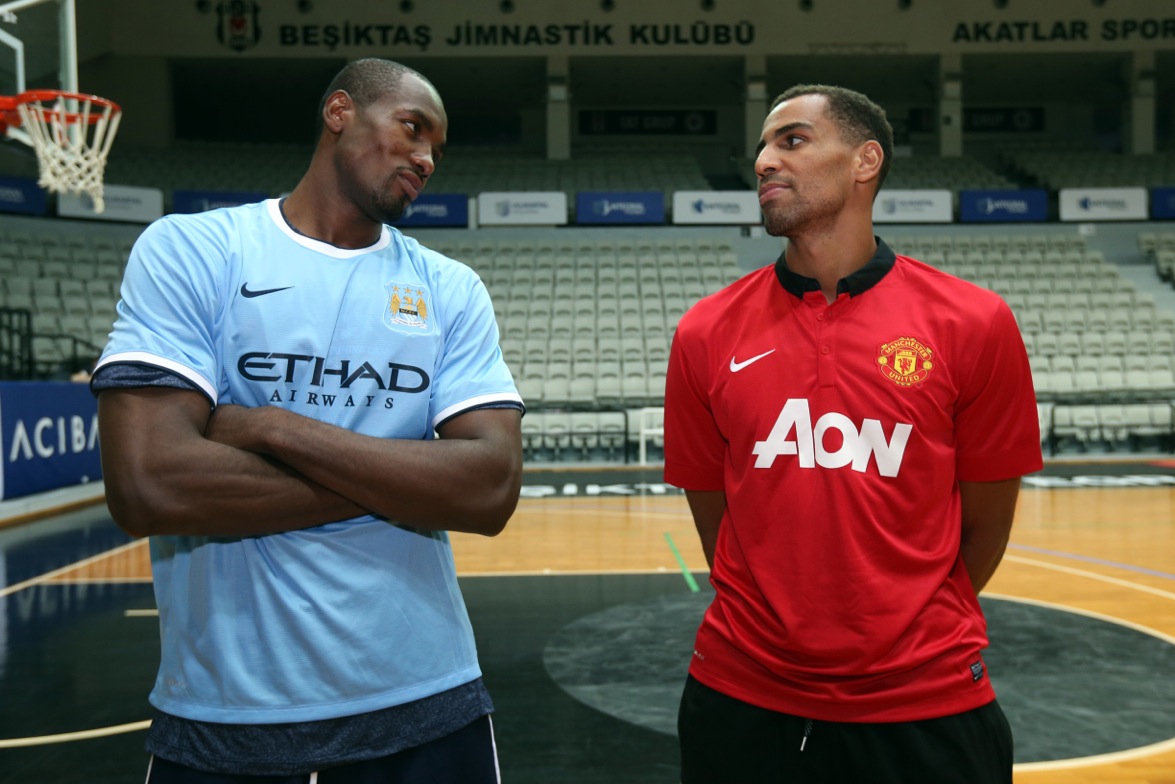 Two NBA stars talking about football rivalry in Manchester. Some might ask ‘What would they know?’ but Oklahoma City Thunder duo Serge Ibaka and Thabo Sefolosha land in Manchester with their team tomorrow ahead of NBA Global Games Manchester 2013 on Tuesday October 8th.

Before Ibaka and Sefolosha make the trip to the UK, they have talked about the battles they have when it comes to their two ‘favourite’ football clubs, Manchester United and City.

Serge on supporting City: “My boy Yaya Toure plays for them. I know him from our days in Barcelona. When I was in Manchester over the summer I got to have a look around the Manchester City stadium and the facilities are incredible and I’ve been keeping an eye out for them ever since. It was great to see them beat Manchester United 4-1 – what a win! I was pleased as I could tell Thabo about it – A LOT!”

Thabo said: “I played football when I was a kid, it is such a fun sport to play, I fancied myself as a midfielder until I grew too tall and discovered basketball.   I always liked Man United they are a great team and I’m looking forward to going there. I know one or two of the players are coming to the game on Tuesday, so we’ll have to put on a show.”

One response to “NBA stars discuss football rivalry in Manchester”