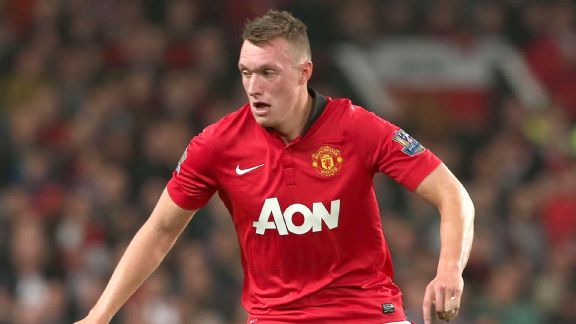 Phil Jones believes Manchester United are back on track after a champions-esque win away to Sunderland on Saturday.

The champions have begun their title defence under a new manager who has been criticised by the press following disappointing results against City and West Brom. Yesterday United were 1-0 down at the Stadium of Light after just five minutes.

“That was the sign of champions out there. When your backs are against the wall and everyone’s raising questions, a performance like that puts the record straight.

“Everyone dug in. It was a great performance and a massive three points.

“We were put on the back foot right from the first minute, and perhaps we didn’t get out of the traps as well as we should have done.

“They were fired up, and perhaps we didn’t expect it quite as much as we should have in the first 10 minutes. But, once we got to grips with the game, I thought we played some terrific stuff.”

It took 18-year-old Adnan Januzaj to turn things around for United. He scored twice in the second half to claim three points and put us back into the top half of the table. Jones was full of praise for the youngster:

“He’s a massive talent and he’s got a lot of ability. If Gareth Bale scores one like the second goal, everyone’s raving about it.

“He’s a bubbly lad and a fantastic footballer, but he’s a level-headed guy as well.

“He knows what he has got to do. He has to keep his head down and, if he keeps playing like that, he is going to hit the heights.”

While there’s a lot of talk about Januzaj’s international career, I hope he signs the dotted line for United as soon as possible. Ed Woodward cannot allow this one to slip through his finger tips.