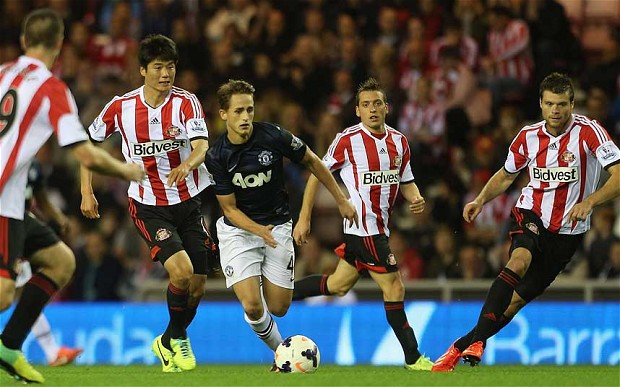 The 18-year-old is eligible to play for Belgium, Albania, Kosovo, Serbia, Montenegro, Turkey and Croatia due to family connections, while he would become eligible for England after 2018 due to his residency rules.

Worth waiting for? England are as likely of being successful as Kosovo and he could be away with a steadily improving side like Belgium. If he continues his form he must stand a chance in making their World Cup squad, and I highly doubt he’d turn that down.

Following the 2-1 win over Sunderland, it was being speculated that the FA had contacted United about Januzaj. Moyes said: “Yes, they have.” Although, the kid would want to be insane to take up the offer. England have little direction under Roy Hodgson and when you compare that to Marc Wilmots’ Belgium side, it really is a no brainer. The latter is also the country where he was born, so a sense of pride would obviously come into consideration.

“And maybe Scotland as well,” Moyes jokingly added. “I think there is some way that he could qualify for England, yes. I think he’s got a choice of countries to play for. He’s got probably three or four different countries he could choose to play for. Obviously, he has been called up by Belgium several times and chosen not to at the moment, and he’s wanted by, I think, Albania, Croatia and a few others as well. He can play for several countries – and England as well. I don’t know how that is. I think it’s something to do with his residency. That’s something to do with it.”

Correct, Moyes. According to new rules put in place by FIFA, Januzaj is only eligible if he has lived continuously for at least five years in a country after reaching the age of 18.