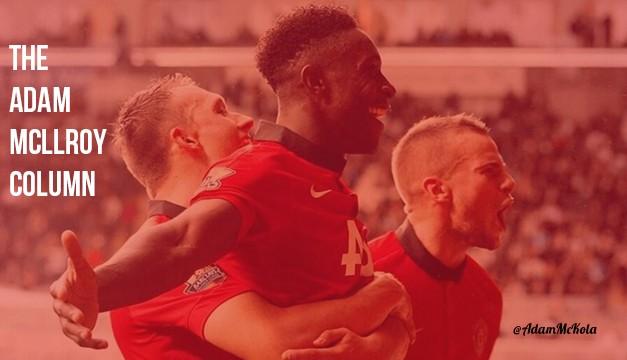 Welcome to a new feature on Stretty News and something that will hopefully become a regular occurrence – The Adam McKola column.

If you don’t know who I am, I’m Adam McKola, yeah, you guessed that and I’m one of the faces of popular YouTube channel Full Time DEVILS – not only that, I’ve launched my own channel where you can follow me as I follow United throughout the season.

I’m a season ticket holder in the Stretford End and love to voice my opinion on the club I love, some agree with me, some disagree but that’s the beauty of football and you know what they say, opinions are like arseholes.

Today we saw Manchester United travel to the Stadium of Light to face manager-less Sunderland, without a win in the league all season.

An easy three points then, you’d assume? Well assumptions are the mother of all fuck ups and this was far from easy.

United went down to an early Craig Gardner strike after a defensive lapse and despite having all of the game from then, didn’t look like scoring until the second half when up popped wonderkid Adnan Januzaj, who was making his first Premier League start for the club.

The headlines will be dominated by his two strikes, the second a sumptuous volley and I cover that in this weekend’s episode but I also cover what exactly went wrong in the first half, who was poor for us and how we improved in the second half.

It was far from pretty but it showed that the players dug in for the manager and got the result – which is important.

So check out the video below for my in depth thoughts on today’s game and how David Moyes is faring as United’s new manager and don’t forget to subscribe as I’ll be running a competition for a pair of match tickets in the near future.

Until next time, enjoy…