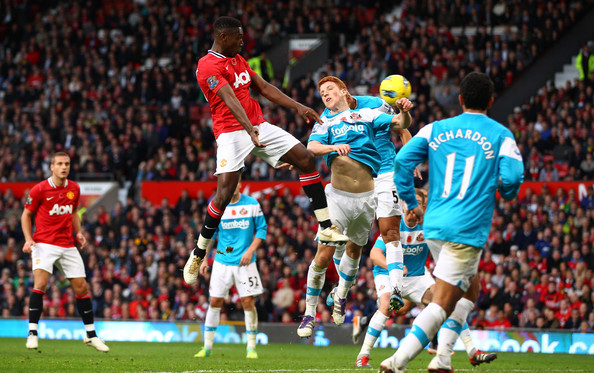 Paolo Di Canio Di Canio got a lot of negative press and rightly so. There seemed to be even more drama when he got sacked a few weeks back. What exactly happened?

There was already a bit of discontent in the camp over some of the rules Di Canio had at the training ground. There have been quite a few variations of the story, but the gist of it seemed to be that there was a players revolt after the West Brom game. In the dressing room, Di Canio tried to get the players to spit water on their own faces, and then apparently began shouting at Cattermole, quite unfairly, for giving the ball away for their third goal. When Cattermole retaliated several senior players backed him up and there was a confrontation. The next day some senior players went to the board to voice their discontent and Di Canio was sacked that night.

I’m not sure it was “rightly so” though. Most of the media never really forgot the fascism storm that greeted him when he arrived, and his basic message was about fitness and hard work, something we were lacking in when he came.

Although we’d probably have expected more at the start of the season, I was happy to survive by the end of it.

Who were your best players last season?

Simon Mignolet was our best player last season. Without him we’d probably not be in the Premier League. Danny Rose was also outstanding, as well Steven Fletcher whose goals were vital for our survival.

Where do I start? Danny Graham was woeful up front and never looked like scoring. Adam Johnson failed to live up to the hype which surrounded his arrival, while Seb Larsson, Stephane Sessegnon and James McClean failed to hit the heights of the season before.

Who would you like to see come in and take Kevin Ball’s current position as caretaker manager?

Although its not looking likely Di Matteo is my choice. You can’t argue with what he’s won, and to me is the only one capable of  turning things around.

Biggest game of the season?

Everyone looks for the Newcastle games when the fixtures come out.

What did you make of your lads taking part in the pathetic Poznan two years back when City won the league? Embarrassing, no?

Perhaps a little, but most of our fans just saw it as a bit of banter really. More was made of it than there probably should have been to distract yourselves from the fact you gifted the title to your nearest rivals.

Expectations for this season?

At the moment, anything other than survival would be a bonus, but I’m not expecting much.

Performances have improved since Di Canio went, so I’ll say 1-1.