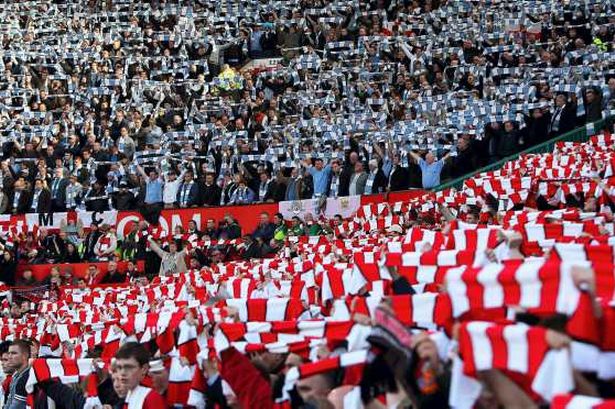 Here we have it – the Manchester Derby. Once again, the two titans of the Premier League clash on Sunday as David Moyes and Manuel Pellegrini look to continue onwards with their newly acquired clubs.

We’ve already begun to hear the fuck wits who think Howard Webb will favour the reds, but enough already? We will be at the Etihad Stadium on Sunday afternoon, and the Yorkshireman has not even officiated a derby match since 2010 – the Carling Cup semi-final which Wayne Rooney sealed the deal late on in the match.

Tuesday evening against Bayer Leverkusen, United comfortably took down the German 4-2. As Rooney bagged two, Valencia and van Persie got onto the scoresheet as well, confidence in the United camp is at a high. Moyes even played Shinji Kagawa, now all of the nay-sayers can pipe down and let the Scot do his job.

Granted, letting in two goals could have been avoided. Even Rio Ferdinand added that while beginning their Champions League group stage campaign with three points was vital, conceding two goals is unacceptable and must be curtailed if his squad will ready themselves to challenge for silverware.

Midweek we’ve also heard from the papers that Manchester City may table a bid for Adnan Januzaj’s services as his contract looms in the balance. After making an appearance, an impressive one at that, against Crystal Palace, it would appear that United will keep hold of the Belgian. It’s just unfortunate we’ve spent an additional £4 million on Fellaini when we could have gotten him cheaper. Nevertheless, it would be foolish to let one of our best young talents part to our bitter rivals. Let’s not make the same mistake that City did with Giggsy, eh?

As for City captain Vincent Kompany, he feels that he’s in “perfect condition” ahead of Sunday’s titan-clashing event. With a 3-0 over Viktoria Plzen on Tuesday in the Champions League, the Belgian is raring to have a go at his Manchester rivals. Since sitting out with a groin injury since opening day against Newcastle, both he and the rest of his squad seem much more aware of how tough balancing a domestic and European schedule is.

Kompany noted “I was probably more happy than anyone else to be on the pitch […] It feels great. I am really happy to be back with the guys.”

With Kompany’s return, Gael Clichy is likely to miss the match after a thigh knock, with Aleksander Kolarov to retain the left back position. While David Silva’s place in the starting XI is still questionable, Pellegrini seems optimistic that the Spaniard could return to action Sunday.

Will we have a thrilling last-gasp free kick from van Persie as Samir Nasri turned his back? Will a fans throwing of coins at Ferdinand overshadow the match? While naturally we’re with a red tint and it’d be nice for a nice 6-2 thrashing handed to the Citizens, expect this first encounter to be close – very close.