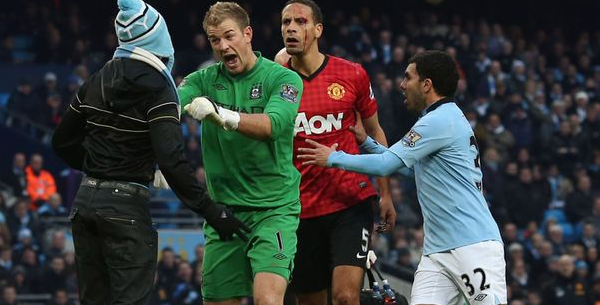 Rob Pollard, founder of Typical City, has taken some time to chat Manchester City with us. Follow the Typical City on Twitter.

Thoughts on how City have started the new campaign?

It’s been a weird one. We were excellent in the first match against Newcastle, but then had three really poor league games on the bounce where we only took four points off Cardiff, Hull and Stoke. Our defending without Kompany has been awful at times and I think our over-reliance on him is becoming a bit of a worry. I’ve seen United have far worse situations in terms of injuries to key defenders and handle it much better than we do when Kompany is out.

We looked decent in the Champions League game on Tuesday night, particularly in the second-half where we really played some nice football, so that was encouraging, but all-in-all it’s been an underwhelming start.

I’m not one of these who’s going to start panicking after five games, though. I think Pellegrini is a top manager and he will do good things at City.

Agree with decision to sack Mancini and appoint Pellegrini?

I think there was an argument either way. On the one hand, he had completely revolutionised our team. Any semi-intelligent observer of football can see that the difference between Hughes’ City and Mancini’s was massive, and that for the first two-and-a-half years of his reign there was constant improvement. However, last season we regressed badly, and given the investment at our club that kind of failure is never going to be looked upon favourably at board level.

It was sad, and the way we handled it wasn’t good at all, but I don’t think it was an outrageous decision like some have made out.

I love Mancini, though, and always will, and  it was really nice that, for once, a manager who was sacked was almost universally liked by the fans. Too often at City it’s been quite the opposite.

Which player do you expect to be most important this season?

David Silva. The man is a genius and we must return him to his form of 2011-12. If we can do that, we’ll be a vastly improved side before we factor in the new signings, new manager etc.

The signs so far have been good.

Spending £100m on an academy complex shows real intent. For you, does it matter if City continue spending shitloads on players or would you prefer to see a few local lads get a chance?

I’m kind of torn on this a little bit.

Obviously, if we can start producing our own and become self-sufficient, that would be a great thing for the club. To produce your own stars is clearly a better scenario than paying big money for other people’s.

Having said that, I can’t stand the incessant chatter about foreign players ruining the game. I hate any form of nationalism and I can’t stand watching England, so I certainly don’t feel our club has a duty to produce players for the national side.

As long as the players on the pitch are ones I can respect, I have little problem.

Mind you, sometimes when I watch Welbeck for United I do think how wonderful it must be to play for your local team.

Van Persie wasn’t the first to pick United over City. Was he the difference last season?

Of course he was. His goals were the difference. I genuinely think if we’d signed him we would have won. He’s that good.

When you beat us 3-2 and I had to stay off school to avoid a ripping. I liked school.

Go on, give us your favourite…

Neville getting dispossessed in the 3-1 win at Maine Road and Silva’s volleyed pass in the 6-1.

How do you think Moyes will get on at United?

Hard to say, really. He needs more backing from the people around him than he got in January, that’s for sure. He’s a good manager and Ferguson chose him and we should always listen to Ferguson. He was left a very capable of squad, too. I remember tuning in for the Swansea match on the first weekend of the season and it dawned on me again just how strong United’s line up is. So he starts from a great position but he needs to get used to the size of United very quickly and that won’t be easy at all.

I hate make predictions, I think they’re pointless, but I suppose I’ll have to…

City and United 1 and 2, and then I dunno. Tottenham look good, Arsenal are better than they were, Chelsea will get better.