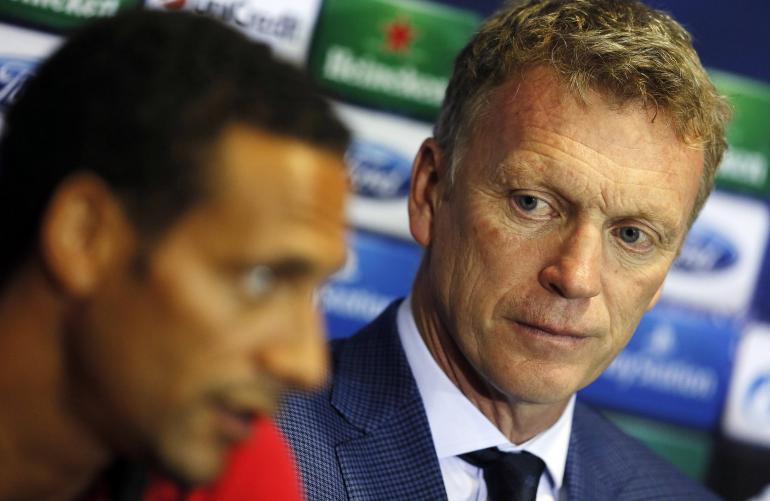 The performance was a good solid display of slick football combined with the kind of pressing (particularly in the second half) that saw United comfortably avoid a potential banana skin against Bayer Leverkusen.

It was a ‘United of old’ display in terms of using a 4-4-2 and trusting the players to out score the opposition at home. Cast your minds back to the opening home group game of last season and last night’s win looks all the more refreshing. A two goal winning margin last night was much more enjoyable than the one we had against Palace at the weekend and supporters should be more welcoming to four goals scored than seeing a clean sheet.

But even in the defensive display on Saturday there was a worry. Had Gayle had grabbed his moment of glory a short time before the Ashley Young ‘incident’, it could have been different. For United to start with defensive stalwarts Rio Ferdinand and Nemanja Vidic in every game so far is an indication as to how Moyes judged this start to his Old Trafford tenure.

Another set of fixtures may have seen rotation/protection of his most experienced centre-back pairing but instead he has stuck with the same two. But for all the good play last night there was a slight concern at how we defended. Not just the goals conceded but the openings we allowed to a team who had they had the quality of a Man City, would have made us pay.

Experience and continuity is something Moyes is clearly looking for in this first few weeks. It’s like he has said to Rio, Vidic, Evra, Carrick and Van Persie ‘look lads, just get through to the City game then you can have your rest’. In defence though, that might cost us on Sunday. I believe the time will come soon when Jonny Evans will emerge from the shadows and become a regular in the side. The lapses by Rio in recent games has not made me think automatically that he is not good enough anymore, just that over the coming weeks Moyes needs to decide whether it’s Ferdinand or Vidic as opposed to Ferdinand and Vidic.

For me, at the moment, it’s Vidic ahead of Rio because he can protect Evra better. And my god does that lad need protecting. The positions he takes up continue to be that of a schoolboy than a senior international. When you think back to how we lost the derby in April and remember the static figure of our number three as Aguero made his way into our box and it tells you everything you need to know about United’s pursuit of Baines and Coentrao. At least with Vidic, you know that if he goes to fill the gap left my Evra the best we’ll do is win the ball back and worst we’ll do is concede a foul.

Evans will most likely make his first appearance of the season for the visit of Liverpool in the Capital One Cup. It will be a terrific chance to remind everyone of how good a defender he is after being left to watch from the sidelines so far. From there, you may see the introduction of Evans into the side more and more.

Moyes may have put his trust in experienced veterans so far, but after Sunday I believe we will start to see the emergence of young guns as part of ‘Moyesy’s United’. This start to the season has been about surviving the battles, soon the attention will turn to winning the war.