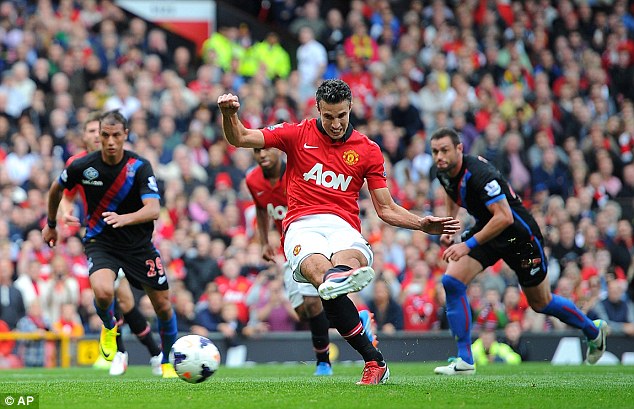 Robin van Persie today revealed that he hopes the club will offer him a contract extension despite having three years remaining on his current deal.

“I have three more years to go and I would like to stay longer,” he said. “I know, and I see people around me, making decisions where I think these guys will look back and say ‘was that a good one?’. I don’t want that. I want to play as long as possible at the highest level. Last year we got one trophy in four. Now we have to look at it from the opposite side. We have the chance to get five this year. How many do we get out of those five? In my opinion we should be able to win two or three.”

When Van Persie joined Manchester United from Arsenal last summer, he seemingly understood what the club was about straight away. He signed, said all the right things, and scored the goals that won our 20th league title. When we were initially being linked with his signature, the vast majority of United fans dismissed it. “Robin van Persie is injury prone” or “we don’t need another striker.” 1) He picked up one or two knocks last season. 2) At the time I agreed with this one, but you can never have enough class in your scored. Van Persie is one of few players that would improve any team. And the longer he stays at the club, the better.