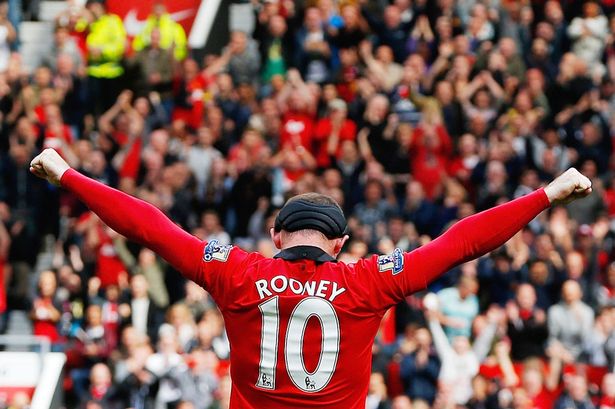 He broke into the Manchester United team as a teenager, a maverick, controversial talent and Manchester United legend, with his share of off-field troubles. This blog is describing Wayne Rooney, but could just as easily have been describing George Best. Neither player is native to Manchester, but both were adopted by the United faithful and idolised as both Best and Rooney were nurtured and matured by the two greatest Manchester United managers of all time; Sir Matt Busby and Sir Alex Ferguson respectively. It has been little over 50 years since Best made his debut for Manchester United and the club celebrated this weekend by beating Crystal Palace, with Wayne Rooney majestic. A United victory was the perfect way to commemorate the milestone and pay testimony to the memory of the troubled genius that was George Best. Also fitting was that Rooney starred in this victory, scoring a gorgeous freekick to remind the Old Trafford faithful why he should be considered the natural successor to Best’s throne.

Best’s debut in 1963 as a seventeen year old was impressive; facing off against West Brom’s Graham Williams, Best managed to show glimpses of his quality despite receiving a kicking. When Rooney made his debut for the Red Devils he was a year older than Best was, but his debut was also far more spectacular. Whilst Best wouldn’t show his true ability until his second appearance for United almost three months later in United’s 5-1 victory over Burnley, terrorising compatriot Alex Elder, Wayne Rooney introduced himself to the Old Trafford faithful with a hat-trick and an assist, in the Champions League no less in the 6–2 demolition of Fenerbahçe. At a certain point, the similarities between Best and Rooney end; whilst Rooney has suffered flack for his apparent missteps with prostitutes, his troubles are nothing compared to the extravagance, domestic violence and rampant alcoholism that marred Best’s life and drove him to an early grave. Furthermore, although often deployed out wide or in the hole, Rooney is much more of a conventional striker than Best was, which goes someway to explaining why Rooney has managed to score more goals in Red than Best ever did despite being 70 games short of matching the number of appearances Best made for the club. Also, despite his huge trophy haul, Rooney has never reached the pinnacle of individual success that Best enjoyed when he won the Ballon d’Or in 1968. Rewarded that year for being the best player in the world, Best has been acclaimed by many as the best that ever was; the man from Dublin is one of the few players that can genuinely be spoken about in the same breath as Maradona and Pelé. “Maradona good; Pelé better; George Best.” For all of his talent, Rooney may be a United legend, but has never yet been considered to possess the same immortal quality of Best despite their similarities.

It has been a difficult year for Rooney, with the arrival of Robin van Persie, he was pushed out last term; both out of position and out of the limelight. Rooney has been the main man at Old Trafford since Ronaldo left for Madrid, arguably before, but despite achieving double figures for assists and goals; scoring 16 in 37 appearances, the former Evertonian found himself left out of key fixtures. It was the end of an era for United as Sir Alex Ferguson announced his retirement and one of the Scot’s last actions was to effectively declare Rooney’s United career over. A summer of speculation ensued, with new (old) Chelsea boss Mourinho an open courtier. Failing to feature in Manchester United’s preseason due to injury only fuelled rumour that Rooney was on his way out. However, when the bids came in, new boss Moyes rejected them and Rooney made an electric start to the season. Two assists in a cameo against Swansea was followed by a man of the match performance in the draw against Chelsea, and Rooney shows no sign of slowing down. As he struck that freekick over the wall and into the back of Julian Speroni’s net, Rooney reminded everyone just what he is all about, and although things may have seemed cagy at times for Rooney, with the likes of van Persie snapping at his heals, it is Rooney that remains king in Old Trafford. There will always be usurpers to the throne, new contenders after Rooney’s crown, but still only 27, the Liverpudlian has the time and the quality to cement his legend. For all of his troubles and falling outs, when Rooney pulls on that red shirt, puts in the shift that he can always be counted on for and passionately displays his brilliance, United fans will always forgive him. Rooney has the time and ability to break both appearance and scoring records for Manchester United and has the supporting cast to achieve even more trophies. If he performs like we all know he can, then Rooney may one day be spoken about with the same reverence and awe with which Best has been remembered this week.