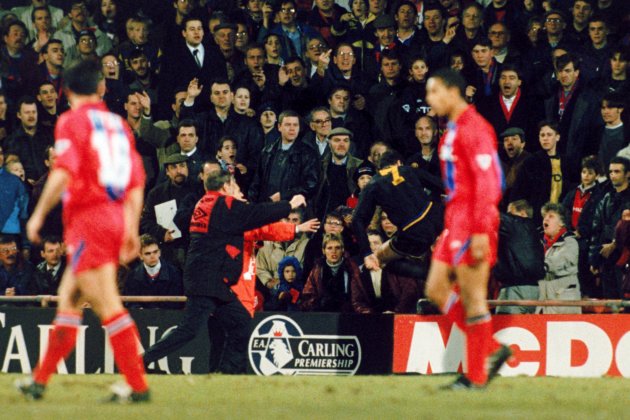 Four points from three games. It could be worse. Tough opposition early in the season surely notes United (1-1-1) are ready to press onwards in preparation for the Manchester derby in the coming weeks. This weekend, United welcome Crystal Palace (1-0-2) to Old Trafford where the Scot will hope his side edge out the newly promoted club.

United need the three points on Saturday. Losing to newly promoted sides or lower level clubs, should not be in the guidebook for United – they’ve seen Cardiff City take down Manchester City, and Aston Villa beat (luckily) Arsenal in week one. Claiming points against clubs like Chelsea, Liverpool, Arsenal, and City are obviously a bit harder to come by – and on Saturday the reds need to step onto the pitch at Old Trafford and immediately put any hope that Ian Holloway’s side may have, to bed. And quickly. The longer Moyes’ boys linger around with possession, just as Norwich City did last year, Palace have the quality to strike.

We’ve finally signed a midfielder. Understandably, some supporters were not quite pleased with the way United went about the transfer window; however, we’ve signed what we needed. Overpriced, underpriced, or what have you – David Moyes brings us an established midfielder whom will throw a few tough tackles in.

For United, David de Gea will likely retain the number one spot as he’s done in recent weeks, while he may see a different race at right back. As Rafael continues to get over his hamstring injury and Phil Jones recovers from his knock against the scousers, Chris Smalling could likely step in at right back.

Rio Ferdinand and Nemanja Vidic will presumably hold down the centre-back spots per usual with Patrice Evra hoping to be a bit more involved in the attack. The Frenchman has begun his 2013/14 campaign quite well, and while the left-back position has been talked about during the entirety of the transfer window, it seems as if the spot is Evra’s to lose.

At the head of our midfield could likely be our new signing in Fellaini. With Michael Carrick and Tom Cleverley likely to pair in the center in front of the defense, Fellaini could play the target may should the reds choose to play a bit more direct. Not route one, but more of a crossing type attack to spread the Palace defense.

While United look the clear favorites, the Eagles have strengthened their squad a bit as well. Holloway successfully brought the likes of Cameron Jerome on loan from Stoke City, and midfielder Barry Bannan who could play a role in Saturday’s fixture.

With Wayne Rooney out sorting the forehead gash, we could see Kagawa play in place of Cleverley – and while that seems unlikely at the moment, United will look to involve Robin van Persie a bit more on the afternoon. Danny Welbeck has been superb after three matches, and since he missed out of England’s match against Ukraine (serving suspension) he will hope to be a breath of fresh air. I’d also expect Antonio Valencia to get the nod over Ashley Young.

But, what a storyline it would be if Wilfried Zaha played against his former club, which he guided to the Premier League mind you.

Read this week’s View From The Enemy with Palace fan Ed Malyon.