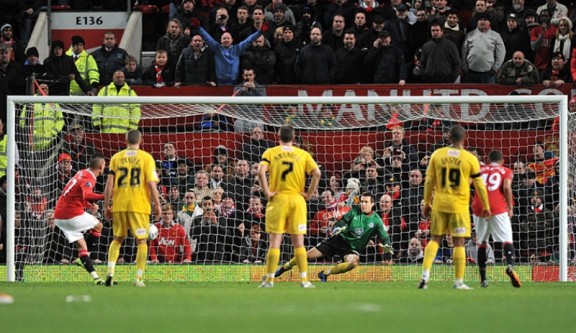 Ed Malyon, deputy sports editor at Mirror.co.uk, has taken some time to discuss his feelings on Crystal Palace’s promotion, his thoughts on losing Wilfried Zaha and his ambitions for 2013/14, amongst other bits. Follow the Daily Mirror columnist on Twitter.

Palace had to win the play-offs before gaining promotion. Is the squad strong enough to stay up?

Erm, probably not but I imagine we’ll give it a good go.

There are probably three or four players in the starting XI who are undoubtedly Premier League players, the others need  to either overachieve all season or improve to become Premier League class.

If that happens, we’ll have a chance, but more realistically we just need three teams to be awful/worse than us.

How important was Zaha last season?

He had a brilliant start to the season, went off the boil, but then came good when we needed him in the playoffs.

He was never our most important player, Mile Jedinak is the heartbeat of the team and took far more matches by the scruff of the neck than Zaha ever will, but the kid is special and did things with the ball I’d never dream of seeing a Palace player do.

Football is entertainment and he did that moreso than any player I’ve seen at Selhurst Park.

How do you think he’ll do at United?

He’s got all the talent in the world, but it’s an innate, spontaneous talent that can be very frustrating.

His game revolves around taking those risks, beating a player and creating opportunities, so if United (fans AND management) have the patience then he will be a superstar.

I’d worry about his head – which has got him sent off before and will get him sent off again – and remember he is a family man who has struggled to settle so far.

Moyes so far has shown no faith in him, and that is probably the biggest concern.

As before, Mile Jedinak is the absolute man. I’m devastated that he won’t sign a new contract and can’t see him staying beyond the end of the season, but this campaign – if it’s his last – will be all about how well he can drag the others up to his level.

Joel Ward is the other man who has been brilliant so far, and he has proved to be incredible value for £400k.

Do you think Moyes is the right man to succeed Fergie?

I’d have gone with Mourinho. He wanted the job, he’d have attracted the top players and he is big enough to fill those shoes.

I think Moyes is a good manager but he’s not from the top bracket, which is surely where United should have been aiming?

Where do you think Palace will finish this season?

What is your prediction for the top four?

Tell us about your rivalry with Brighton. Will you miss it this season?

You can read about the origins here but unlike some rivalries we’re used to not playing them every year.

For season after season we were above them while they were playing at a deserted running track or at Gillingham, and while now they’ve built some hideous blight on the countryside to play in and pass it about they think they’re our equals, Brighton once more are a league below us.

When we play them it’s brilliant, and two of my best nights as a Palace fan were at their shiny new bowl, but I’ll relish playing them more when the local top four fans have tired of the sponsored flag-waving and left the proper Albion fans behind.

Well we won on my last trip to Old Trafford but maybe just a draw this time: 1-1.

Thanks for Ed for taking time to answer our questions.