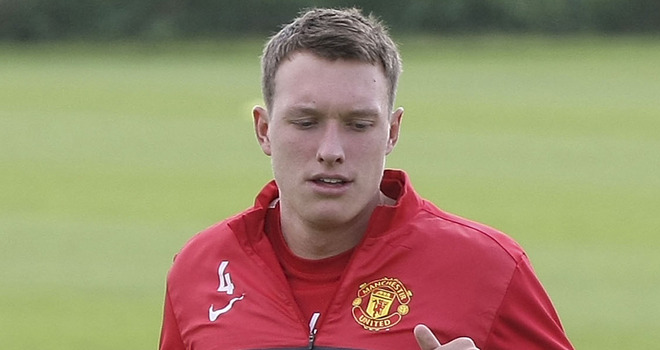 Is he a right-back? Is he a centre-back? Is he a deep lying midfielder? Phil Jones may be one of the most versatile footballers in the world at the moment, but that same versatility could be his downfall. David Moyes employed Jones in the right-back position as Rafael was out with injury as well as serving his suspension from last term, and while he did fairly well – he was caught stranded on few occasions.

Despite being deemed a “utility player” in Moyes’ squad, Jones does thrive in big matches. For instance, his ability against Cristiano Ronaldo in last seasons UEFA Champions League was stellar, but has lacked consistency since then. We must take into account that even though he may be best suited to take over the centre-back position from either Nemanja Vidic or Rio Ferdinand upon their retirement, that time may not be for another two years or more – which in the grand scheme of Jones’ football career, could be detrimental.

For the time being, the England international may best suit himself with the reds and in Roy Hodgson’s plans to continue to step onto the pitch whenever called upon.

The England manager recently stated that he’d like to personally see Jones play a bit more of a focal point at centre-back for Manchester United and as The Telegraph reports: “Phil has been a victim of his own versatility. We think he is a very fine player. But if he is going to knock Phil Jagielka and Gary Cahill off their perch he is going to have to perform in the Premier League.”

Factoring into the England equation in midfield may be nearly impossible for the 21-year-old who has Tom Cleverley, Michael Carrick, Wayne Rooney, Theo Walcott – you get the picture. Unfortunately for Jones, if he does not excel above and beyond in the centre of midfield alongside Carrick, he could have a predicament on his hands.

After being dubbed by Sir Alex as one of Manchester United’s potentially best players of all time (a bit too much champagne, Fergie?) as we take that bit with a grain of salt from the former United manager, Hodgson does have a point. Look at John O’Shea for instance – the now Sunderland defender appeared on all areas of the park during his time with United, and did quite well. Yet, breaking into the Republic of Ireland and England squads are unique beasts to break into. Of his nearly 400 appearances for the reds, O’Shea did well for himself when both Gary Neville and Wes Brown struggled with injury.

I’ve never been in the dressing room and seen his demeanor with the lads; however, he does not seem to have the same tenacity to that of a Eric Cantona, or Bryan Robson. Sure, Robson grew up in a drinking culture in Manchester during his hay-day which likely contributed to more male bravado and grit on the pitch – Captain Marvel was a saint on the pitch. For Eric Cantona and his larger-than-life attitude and popped collar, the kung-fu kicking menace, had an aura around him which attracted attention far and wide.

Whether or not Jones can bring that widespread attraction from both media and from football supporters alike remains to be seen. For certain, the youngster is loyal to the cause – speaking highly of Wayne Rooney amidst the transfer rumors, and despite not featuring as much as he’d like. And as Rafael returns from suspension in a short period of time, there is no question his best position is not wide in defense.

Jones offers a similar support sense that Carrick does (minus the immense composure) and brings plenty of laughs as we gaze on at his face has he glides into a tackle.

Follow Robert and others at the Manchester United USA Supporters Club.

One response to “The Curious Case of Phil Jones”