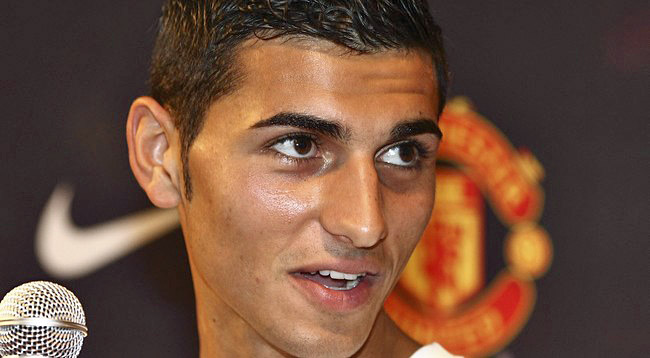 Davide Petrucci has revealed why he joined Royal Antwerp on a season-long loan.

Petrucci, 20, believes it’s time to kick on. A loan spell at Peterborough last season was cut short due to injury, therefore, the midfielder is hoping a stint in Belgium will allow him develop and show David Moyes what he can offer.

Speaking to the club’s official website, Petrucci explained why he decided to join Antwerp. He said:

“I spoke to Jonny (Evans) and he told me good things about Antwerp from when he was here. So that was probably one of the reasons I came here plus the manager is Jimmy Floyd Hasselbaink, who was a great player. That was an extra motivation for me so that’s why I came.

“I am at the age where I need to play. Reserves football is fantastic when you are young but for us, me especially, I played there for a few years and won everything every year. I needed that step up. I couldn’t do more than we have done already.

“I think it’s not easy for David Moyes because he’s just arrived and needs to have more focus on the first team. It’s understandable but I need to think about myself and try to play as well as I can. Hopefully, he will see that and I will come back.”

Evans spent a few months on loan at Antwerp when he joined United in 2006. When you see how far he has come, development wise, this may well be a positive move for Petrucci. Playing under Hasselbaink is not something a youngster should stick his nose up at either.