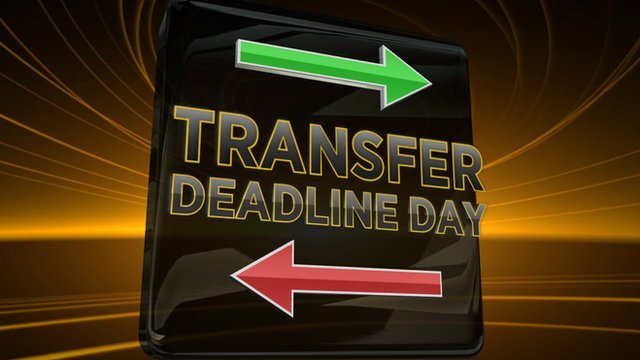 With the predictable mayhem of transfer deadline day has come predictable criticism; that the window should be scrapped and the world of football transfers is a gluttonous national disgrace. It was also jolly good fun. We finally saw Bale move in the most expected transfer of all time but few expected the explosions that followed on deadline day. Madrid’s signing of Bale paved the way for Arsenal’s sensational capture of Ozil; causing the Real camp to implode as it every senior player at the Bernabéu seemed to universally protest the decision with what felt like a rehearsed synchronicity. Whilst these last minute fireworks almost caused Jim White to have a heart and led to sports writers the world over erupting into near nonsensical hyperbole, Manchester United fans watched deadline day coverage with pained expressions, covering their eyes as Woodward continued to embarrass a proud football club, scurrying from central midfielder to central midfielder in the footballing equivalent of a headless chicken. Deep lying playmaker, tough tackling battler or advanced attacking midfielder, United didn’t seem to mind, but eventually settled for Marouane Fellaini; a player who had to take a wage cut and sacrifice £4 million of bonuses, even though he was available for £4 million less only two months ago. Painful and yet marvellously entertaining stuff.

As the dust settled and bleary eyed, confused players finally discovered where they would be playing football this year (until January at least), voices began to criticise the window. It began with the quiet mutterings of Steve Bruce, who once again found himself a deadline day loser as yet another striker slipped through his fingers; West Brom pulling the plug on the transfer of Shane Long. Then Holloway entered the fray. The barmy Bristolian was like a boy in a candy shop on deadline day, buying so many players that even he had to admit he had gone overboard and he had bought two or three too many footballers. The Crystal Palace manager was quick to point the blame at the transfer window, stating that it inspires panic, favoured the big clubs and that there was nothing wrong with the old system. Holloway can blame whatever he likes for his lack of composure in the window, but whilst it certainly needs reforming, to suggest scrapping the window altogether is foolish. Holloway isn’t the first to suggest this and he won’t be the last to, but it is hard to see what scrapping the window would actually solve. If a window favours the big clubs, no window would give them free reign; able to pick players from smaller clubs whenever they felt like, flexing their superior financial muscles with impunity. Curbing the transfer power of the world’s biggest clubs was the reason for the window’s creation in the first place and scrapping it would see them completely unshackled.

As for the panic buying so aptly demonstrated by Mr Holloway, it hard to see how disposing of the transfer window would curb this, if anything it would only serve to aggravate the situation. In the current system, if a team need a player they may only purchase him in a window, it does not matter if a team is struggling all through the winter months, they cannot sign a new player until January. Without a window there would be no such restrictions; your team have suffered an injury? Your strikers aren’t scoring enough goals? Not a problem, just go out and buy a player from another club. It is easy to see many teams behaving much like QPR did last season, spending and overspending in a desperate attempt to buy their way out of a relegation battle, with possible disastrous financial consequences if they do suffer the drop. It is also easy to imagine the likes of Chelsea and Manchester City attempting to buy success, or hoarding players not to strengthen their own squads but to stop other teams from strengthening, or other such naughty behaviour much like Mourinho’s capture of Willian this term. The other alternative if clubs were to abandon the transfer window system would be to abandon the transfer system entirely, with players leaving only at the ends of their contracts. However, such a system of course would never be agreed by clubs and even if it were would not be sanctioned by European employment laws. Restructuring the window so that it finishes before the start of the season has been one of the few sensible suggestions made.

It is not just from managers from which the transfer window has suffered attacks, with new Football Association Chairman Greg Dyke indirectly taking a stab at it. Dyke has blamed all of our nation’s footballing failures at the feet of the Premier League in an effort to shift attention away from the systematic failures that plague the national side’s coaching and managerial structures. Instead Dyke would prefer we blame the Premier League’s expensive foreign imports for apparently preventing the Three Lions from winning World Cups. It has been a mixed week all round for the poor transfer window, with all the excitement giving way to waves of criticism, with even people outside of football getting a kick in. Premier League clubs have always been criticised for the amount they spend and for the gluttonous manner in which the clubs treat £20 million transfer fees as the norm, but this year have received particularly vitriolic attacks due to a particularly extravagant window, with Spurs and Manchester City both spending over £100 million each and Bale leaving for Madrid for £86 million. All of the common angry cries that footballers get paid in a week what doctors earn in a year have been rolled out and other similar calls for footballers’ salaries to instead be given to nurses, or firemen,  or police, or soldiers and so forth. It is easy to be sympathetic towards this point of view; however, whilst the transfer window is disgustingly extravagant and grotesquely gluttonous, it is not immoral. Although footballers do of course contribute less to communities than doctors and surgeons, surgeries are not performed live every week to full stadiums with millions watching at home. The fact is, like it or not, we live in a capitalist society and Premier League football is a multi-billion pound business and it is only natural then that the business’ main assets, the players, will command hefty fees and earn significant sums of money. It is better that the actual players, the ones with the talent who attract the crowds that generate so much cash, receive large salaries than the other assorted agents and executives that surround the game. The real controversy of the week is that PFA Chairmen Gordan Taylor has managed to avoid losing his £1 million a year job, despite having hypocritically run up £100,000 worth of debt with a book keepers that has now gone out of business due to unpaid debts. Taylor has operated unimpeded for too long now and with this latest escape, he has avoided punishment for actions that would have seen the players in his union receive lengthy suspensions.