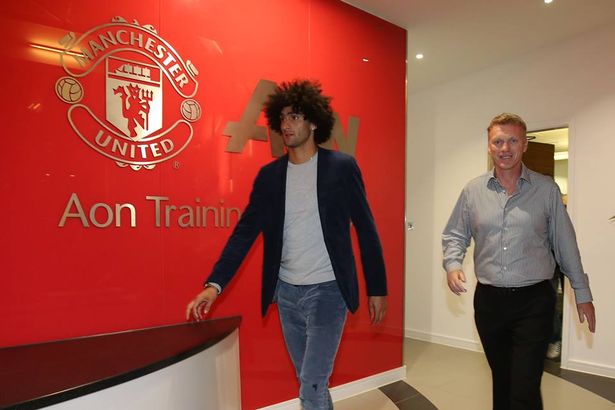 Paddy Crerand has claimed that Marouane Fellaini can be Manchester United’s Yaya Toure.

The Belgian international joined the champions on deadline day a week ago, adding not only height but strength to the club’s midfield options.

Having already spent five years in the Premier League, Fellaini has developed a reputation as a versatile tough-tackling midfielder. Crerand believes the 25-year-old will improve the club’s midfield.

“I’m delighted United have signed Marouane Fellaini and I think most fans should be too, because the one thing we’ve lacked at Manchester United in the middle of the park is somebody powerful and strong.

“I wouldn’t want [Yaya] Toure playing against me; a big powerful guy, hard to compete with. We’ve got one of our own now.

“Down the years, we’ve had some magnificent players in midfield, like Roy Keane and Bryan Robson. And now, with Fellaini, we’ve got much more power and strength than we had last year, so I think he’s a big asset.”

Personally, I don’t agree with these comparisons of Yaya Toure or Roy Keane. Fellaini has not even kicked a ball in a red shirt yet. Give him time.