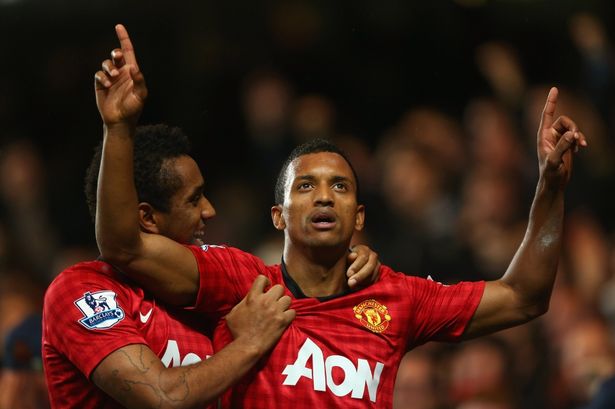 For most of the summer, it seemed a certainty that Nani’s spell at United was up. The cruel scapegoat for our Champions League exit to Real Madrid, getting injured when looking good, last year was not one for the Portugal winger to look back with fondness.

That red-card appeared to be the final straw, especially when he suffered injury in the FA Cup to Chelsea a week later when he was tearing Ashley Cole to shreds. His luck was not in last season, which reflected in his form becoming a bit of a nightmare.

All summer there were rumblings that David Moyes was looking to cut his losses, especially with Nani entering the final year of his existing 5 year deal. Monaco, PSG, Juventus, Atletico Madrid were all rumoured to be keen on giving Nani a fresh challenge, but to no avail.

But with a new season brings new hope. Nani made his first-team return and looked our most menacing player in his brief cameo at Anfield, and that early promise has convinced Moyes to back the winger with a new bumper 5 year deal until 2018.

“I’m really pleased Nani has re-signed for the next five years. He has great ability and experience beyond his 26 years. I’ve been impressed with his approach to training and look forward to working with him in the coming seasons.”

Nani has won 8 honours in his 6 years at United and he is looking forward to adding to that number,

“Playing at United has been a fantastic experience for me. When I came to the Club, I never imagined the success we have enjoyed. Training every day with top players who want to win trophies every year is a great motivation to me. I’m very happy that the new manager has shown this faith in me and I’m looking forward to helping the team compete for more honours this season.”

We all know Nani can be hugely frustrating because we all know how talented he is. Players on mega pay are expected to never make a mistake and just replicate their skills every time. Sadly, players are not machines or robots though, they are only human.

I have been one of Nani’s staunchest defenders because despite the numerous wayward crosses or shots into row Z, I know that in an instant, he can produce a rabbit out of the hat. This is what is known as a ‘match-winner’, somehow who produces something from nowhere when things are not going to plan. Nani is a genuine match-winner, we have been blessed with him, Rooney, Van Persie, Ronaldo, Cantona over the years, it is thanks to them that we have the priceless habit of winning when not being at our fluent best ingrained deep in our DNA.

It’s easy to jump on the bandwagon when a player has a mare of a game, and I have copped some serious flack over the years in defending our mercurial Nani, deep down we all know we have a player who can change games and win us precious points from nowhere.

Nani was simply blistering in the 2010-11 campaign, and for large parts of the 2011-12 campaign. The former season, where we clinched our historic 19th title was the zenith of Nani’s United career. He had finally emerged from the Cristiano Ronaldo shadow it seemed.

Since joining United in 2007, only 4 players in the Premier League have chalked up more assists than the Portuguese winger’s total of 43: our very own trio of Robin Van Persie, Wayne Rooney and Ashley Young with 44, 46 and 48 respectively, trailing Cesc Fabregas who tops the list with 49. Hopefully this new deal will give Nani the confidence needed to get those creative juices flowing again.

Nani is without doubt still our most destructive and potent winger, with Ashley Young being the Doctor Doom of all our wingers, Antonio Valencia not being his rampaging self and Wilfried Zaha and Adnan Januzaj still untested at the top level.

Nani is the joker in the pack somewhat, as you don’t know what Nani is going to turn up. He brings a certain unpredictability but he has this jack-in-a-box magic that can happen at any time, that is what makes him a serious asset. Unlike the Young’s and Valencia’s, Nani is sharp with either foot and can unleash some thunderbolts. Defenders can almost telegraph the other two’s movements, no-one can easily predict what’s going to happen with Nani. You have to take the good with the bad with Nani, you know some days he will not turn up, but when he does he is right up there as one of the best wingers in our league and maybe even Europe.

David Moyes has obviously seen something to keep a player for the long-term who seemed destined to be heading out of the doors. That must fill Nani with extreme confidence, it’s not up to him to repay that faith. We need to see the real Nani, especially after the horror show from our wingers as a collective last season.

Hopefully this new deal gives him the confidence to perform at the high levels we all know he is capable of. If he steers clear of injury, he will hopefully get a prolonged run in the team to show us his undoubted class.

Let’s get behind him, he is a player who needs to feel the love. We rallied behind him after that Real Madrid game and the next game he had Ashley Cole on toast. Getting on players’ backs when they make mistakes is majorly detrimental and it you can see it affects Nani greatly when he receives flack. Nani is the archetypal ‘confidence player’, so let’s back him and watch him go. I mean, Nani over Ashley Young, it’s a no-brainer.

This surprising new deal could turn out to be a masterstroke from Moyes. Let’s back both player and manager. If he can rediscover that 2011 form, prepare to be entertained.

3 responses to “Nani new deal is a Moyes masterstroke”