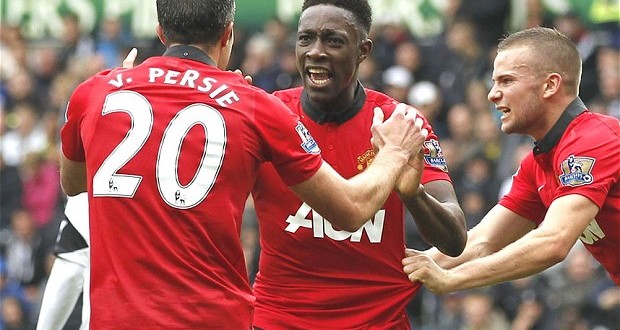 Before MUTV and the coverage of our youth teams, you would rarely hear of a player’s potential before you perhaps saw them emerge from a substitutes bench during a League Cup tie.

Despite this, everyone was aware of Wes Brown even before he made his Old Trafford bow against Leeds in the final home game of a painful 97/98 season. He had caught the eye a couple of years before in Victory Shield games on Sky which were often observed by a larger TV audience than the under 21 side.

It wasn’t until the following season when he made his first start that supporters were able to make a real judgement on his potential. He was not in his usual centre half slot, but instead at right back for the visit of Wimbledon. United were starting to click into gear and the front pair of Yorke and Cole were proving to be unplayable for every defence they faced. However for all the excellent football played that day and the five goals scored in the defeat of the Dons, there was one piece of play which stood out.

In the first half, Wes got the ball and instead of playing a simple pass to a team-mate, he carried the ball towards goal and onto his supposed weaker left foot and let fly with a shot which could have been a contender for goal of the season had Neil Sullivan not reached out with his right hand to produce a terrific save.

The fact the shot was saved proved unimportant. Wes had announced himself to the Old Trafford supporters and would go on to enjoy a good campaign as a young squad member in that treble winning season. What was important also, was that he was a local lad. Tough in the tackle, he had an upright running style that gave him a look of a powerful defender but also disguised the pace which he had in abundance.

This was a player who was set to go on to be a lynch pin in the heart of the defence for club and country in our eyes. But injuries would deal Wes a cruel blow as a succession of knee and ankle injuries saw him spend a number of months on the sidelines when he should have been cementing his first team place in the seasons that followed.

Wes Brown could never be accused of a lack of effort. His determination was always evident in his tackling even if his timing was at times so far off he could have received a booking in the following game (there’s one tackle I remember against Fulham in the FA Cup in ’04 where the crowd winced 10 seconds before he’d hurtled into a penalty conceding foul).

There were other obstacles which prevented Wes from becoming the centre half stalwart we all hoped he would become. He made mistakes which cost goals and points and was exposed too often when strikers pressed him in possession. A look back at the goals conceded in the 01/02 season highlight his naivety and the need for a ‘talker’ to help him through games.

The ‘talker’ arrived in Rio Ferdinand that summer but as United closed in on a league title, Wes once more found himself shifted out to right back for the run in (incidentally, Gary Neville ended up at left back for the 2-2 draw at Highbury). His subsequent injury in the final game of the season further halted his progress and when he returned only to slip and allow Kenny Miller to score two minutes after Rio had departed for an eight month ban, it did little to help his confidence.

From ’04, Wes found himself as a back up defender firstly to Silvestre and Rio, then Vidic and Rio. Despite this, the crowd always backed him. Even when the ball was given away or a tackle missed, ‘We got Wesley Brown’ would echo around the Old Trafford stands.

In our double winning 07/08 season he enjoyed his best ever season, deputising for Gary Neville in an injury free campaign whereby he produced his best performance of his career (at centre half) against Barcelona at home and was the crosser for Ronaldo’s opener in Moscow. He was excellent that year but it was because of a steady seven out of ten consistency rather than a swashbuckling season of phenomenal full-back play. Because for all of Wes’ potential and the backing of the Old Trafford faithful; when it came down to it he just wasn’t quite good enough.

It was a shame for a local lad to come up slightly short. While he was at the club, supporters felt there was a player they could call ‘one of us’ amongst the playing staff. A player who knew the history, worked hard and gave his all for the cause whenever he pulled on the shirt.

Today, a player who once lived across the road from Wes carries that responsibility of being a ‘local lad’ in the United first team. But as it proved with Wes, it could be a burden for Danny Welbeck. This is a player of incredible potential and with all the attributes to make him a key player for club and country. A player who gives absolutely everything when he represents the club and is another who can be placed in the ‘one of us’ bracket.

My fear though, is that Danny could become our new Wes Brown. His performances at times scintillate but as a striker he doesn’t seem to have the necessary consistency in his finishing which will see him score over a hundred goals for United. I hope I’m wrong as there is nothing better for any supporter to see a local lad doing the business. I will continue to support Danny and praise his work-rate and endeavour when he is picked to play.

Like Wes Brown before him, however, Welbeck may find that his best contributions come when he is moved out wide as opposed to his best position centrally. It could be the case that his place in the side is earned through an injury to someone in a wide position and then his consistent work ethic from then on keeps him in.

It might sound a strange notion for Welbeck to look at a defender as someone he wants to aspire to be better than. But if Wes Brown proved anything during his time at United, it is that being the local lad and working hard is all very good, but it is the quality of your performances that will keep you playing in your local team for longer.

Danny has the potential, let us all hope he deliver’s in goals this season and for many more to come…