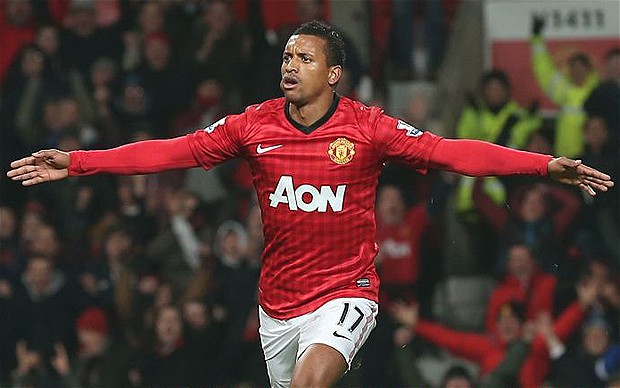 Nani had been linked with a move from Old Trafford but has now agreed a new five-year contract with the Premier League champions.

All summer, there was speculation that the Portuguese international was on his way out of the club. Monaco, Anzhi Makhachkala and Juventus were among the clubs said to be interested signing the player, who was once unfairly labelled as the “next Cristiano Ronaldo”.

The 26-year-old was sent-off in the Champions League quarter-final against Real Madrid, which saw United controversially knocked out of the competition. As time went on, Nani became a scapegoat amongst the Twitterati, who in their groups looked to criticise his every move.

But today, I was delighted to see Nani agree a new deal keeping him at the club until 2018. David Moyes is in a similar frame of mind. The Manchester United boss said:

“I’m really pleased Nani has re-signed for the next five years.

“He has great ability and experience and beyond his 26 years.”

Nani had just a year left on his contract. There was talk of both parties (club & player) being unhappy, so I’m glad they’ve come to this conclusion. Nani will prove all those that doubt him wrong, if given a good run in the team.

The same could be said for Shinji Kagawa…