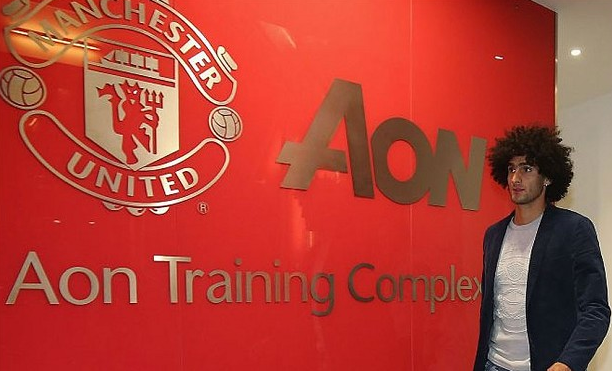 Marouane Fellaini has vowed to do everything in his power to ensure Manchester United retain the Premier League title.

On deadline day, Fellaini completed his switch to Old Traffird for a hefty £27.5m. The midfielder missed out on a £750 loyalty payment from Everton after handing in a transfer request.

Once the Belgian signed a 5-year contract with the champions, he wasn’t long about talking success.

“This is a new story for me now – I want to win trophies and play in the Champions League, and with Manchester United I can do that. I know Everton wanted to keep me, but I played there for five years, and the time has come for me to leave.

“Will we win the Premier League title this season? I really hope so. I will do everything I can to make it happen.”

Marouane Fellaini has a lot to prove. We’ve seen him batter teams domestically but in Europe it’s very different. United fans have been crying out for a midfielder with bite for some time and Fellaini has that in his locker. What I’m waiting to see is how well can he handle it at the highest level.

Our only first-team signing this summer was named in the Champions League squad on Wednesday.