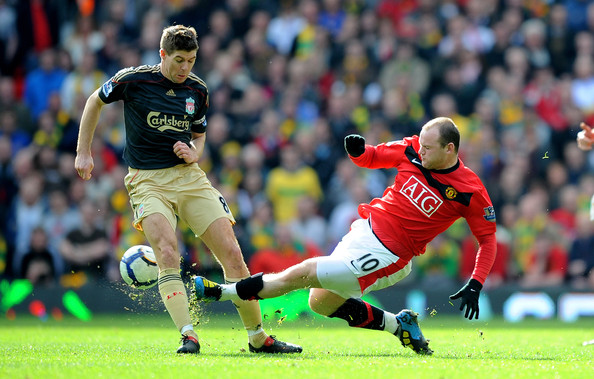 Karl Matchett, a Liverpool fan from Bleacher Report, has taken some time to discuss his feelings on Liverpool this season, his thoughts on Suarez wanting out and his hopes for future success under Rodgers, amongst other things. Follow Karl on Twitter.

Thoughts on finishing 7th in the league last season?

It was a very up-and-down season. A poor start results wise and some tough early fixtures for Rodgers to contend with meant we were always facing an uphill battle. Really, we should have been no lower than top six with the ability of some of our starting XI, but a combination of poor mentality and lack of quality from too many others stopped us even getting that far. As a building season, finishing seventh has to simply be swept aside and forgotten about, yet with the expectation of significant improvements this time around.

Suarez made it clear he wanted to leave this summer. What have you made of the whole situation?

Personally, I was genuinely expecting us to get another season out of him. A long-term contract, a team obviously built around him and much better signings in the most recent window, as well as our improved form, should have indicated to him we deserved another year—even without considering the support that the club has given him over the past two seasons. Over this summer though, it quickly went from astonishing to annoying to tedious with his repeated answers and the same old skewed headlines, and I’m fully behind the club preventing him moving, especially if nobody is paying huge money in what is a seriously inflated market this summer. He’ll still be off in the next two windows, no doubt, but a precedent has been set by the club.

Can’t say I was surprised by his attitude. Suarez doesn’t know the meaning of ‘respect’. Anyway, which player do you expect to stand out in 2013/14?

The easy answer would be Phil Coutinho, and he certainly will show us more of what he’s capable of, but I think we’re a year or so from seeing him become Liverpool’s top man. Daniel Sturridge for me is the one who can make the difference between us being a top-six club and…well, anything higher. Exactly how high we can go depends on too many things to list, but he has been much more impressive than most were expecting. If he stays fit and keeps putting in the types of performances we’ve seen since January, he will be our stand-out player and England’s main man next summer.

Is Rodgers the right man to take Liverpool forward?

Yes, I’m happy with him being there. He has us playing well, he’s improved the players both technically and mentally, as a team and on an individual level, and he has in mind his plan of progression for a year and beyond. On the other hand, he’s got to know that this year there are far bigger expectations of him in terms of where we place in the league and how we fare in the cups, and *almost* getting points in key games isn’t going to cut it this time around.

What have you made of your club’s business this summer?

It started off very well with all the early deals, but the problems came about when we failed to land Henrikh Mkhitaryan. Whatever the actual reason was—and there are still several “definite” reasons floating about, believe which one you want—for us not getting him, it hasn’t appeared since then that we had an absolute back-up in mind which everybody agrees on. We were never getting Diego Costa and Willian was an opportunistic move, but I’m more concerned about the players we haven’t gone for—Lamela, Ljajic were obviously available and bring attributes we’re looking for, and any of the five million very good defensive midfielders who have been transferred in the past two windows. We remain hopeful of bringing in a much-needed centre-back, so we’ll wait to see what happens late in the window before a complete judgement is made.

Are you pleased Fergie’s retired?

Ha. How do you think Moyes will get on at Old Trafford?

Once he gets his first-ever win at one of the decent grounds, he’ll be alright. It’s a bit lose-lose for him in that the players might carry him with a few results, or he might be to blame for some defeats, but in the end I still wouldn’t expect anything less than a top-three finish in his first season. After that, and presuming he does eventually make some signings, it depends on how quickly he realises the level of quality needed in players when coming from a middling club to a top one.

Toss-up between the 4-1 at Old Trafford and the 2003 League Cup Final. Probably go for the league game since it was in your own back yard.

The ’96 FA Cup final was my first heatbreak as a kid, so that was up there for some time. But one that really stands out as an actual “moment” was when John O’Shea hit a last minute winner at Anfield, about 50 feet away from me, after we had completely dominated for the entire match. That was gut-wrenching.

Where do you think Liverpool will finish this season?

Early on in the transfer window, with some business done quickly and expectations of Papadopoulos-Mkhitaryan arriving, top four seemed a real possibility. Fast forward to the end of August and Spurs seem suddenly well out of reach. 5th is likely our ceiling right now; we’ve a better side than Arsenal at the moment and consistency in the big games and at Anfield in general will dictate whether we can get there.

If you could take one player from United, who would that be?

Anybody who can hold their position in deep midfield areas and track opposition runners would be greatly appreciated.

2-1 to Liverpool. Can’t see us keeping a third clean sheet if Kolo is out injured and Skrtel has to come in all of a sudden (barely 200 Premier League minutes played since we last played United back in mid-January), but we’ve got the attacking talent to trouble anybody. Sturridge and Sterling to score.

One response to “A View From The Enemy: Liverpool fan on Suarez wanting out, Rodgers and O’Shea’s late winner”