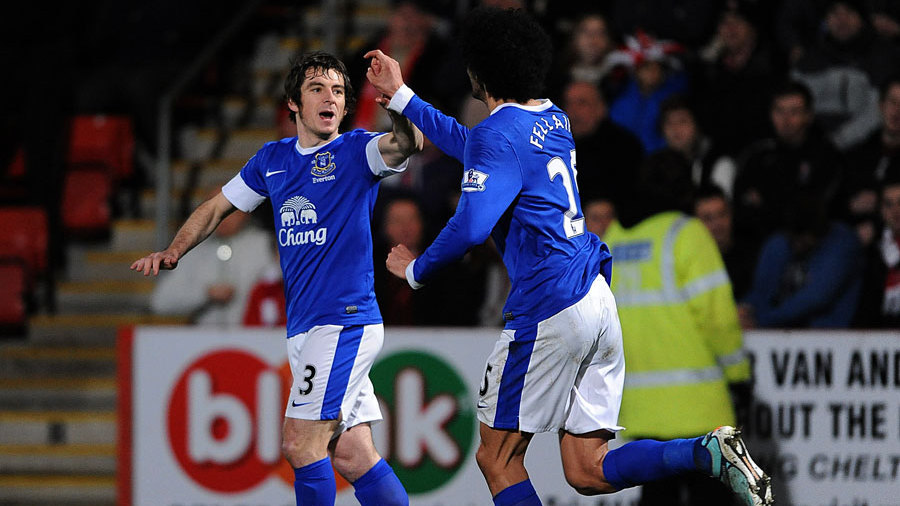 Two weeks ago Manchester United placed a bid worth £28m for Marouane Fellaini and Leighton Baines. Everton labled the deal that valued Fellaini at £16m and Baines at £12m “derisory and insulting,” so the champions made an improved offer reportedly worth £38m.

United’s improved £38m bid for Baines and Fellaini has now been rejected despite the former’s attempt to convince Roberto Martinez and Bill Kenwright to negotiate with the Old Trafford club.

What I can’t get my head around is the fact that Fellaini had a £23.5m buyout clause in his contract that expired on 31 June. Everton are obviously not going to sell for less, so why have we waited until now to show interest? The Belgian midfielder’s clause, however, is reactivated in January.

This is also United’s third bid rejected for Baines. Andy Hunter from the Guardian correctly points out that we may ultimately have more success with an individual bid for Fellaini. Patrice Evra still has something to offer and is a legend with the fans while the mod looking full-back would come in aged 28-year-old and arrive along with a hefty price tag without any resale value.

The last thing we want to do is rush business and offer ridiculous money. We need to make an individual offer for Fellaini and see how far it gets us. Baines seems overpriced.