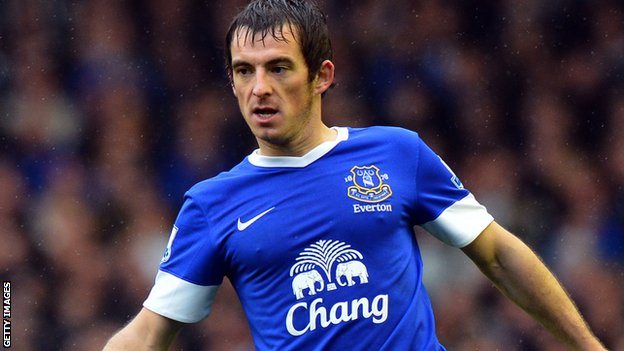 Patrice Evra may be nearing the end of his career which could call for another accomplished left-back to enter the ranks of Old Trafford; however, Leighton Baines may be more of a commodity rather than a necessity at the moment. Since joining Manchester United in 2006, Evra has provided the reds with numerous solid performances at left-back and will likely continue that this season, as well. The 32-year-old is nearing the end of his career, and has been thwarted by the media for getting caught forward too often; however, after tallying four goals last term – crucial goals at that, the Frenchman still has a regular place under David Moyes.

So why not bring in Baines to be his natural successor? First off, we may already have a natural successor in Fabio da Silva. His twin brother, Rafael was United’s most improved player last season. A bit of time away last season when Fabio was loaned out to Queens Park Rangers. For heaven’s sake, why is it that we still see people believing Rafael and Fabio switched clubs a few times with them being apparently “caught” wearing different boots? That story can be tucked away for another day, but that would be a fun topic to discuss when both retire (which is no time soon).

Leighton Baines is an established left-back who understands Moyes’ system having played for him at Everton. On the one hand, Evra has been lacking pace in recent years, and his height disadvantage has always been taken advantage of ie. Ronaldo in the Champions League. Is Baines a better option than Fabio? With that question hard to answer at the current moment, the potential of having both da Silva’s on either side of United’s defense is a promising link.

In time, Manchester United will need another solid left-back. As Alexander Büttner does not seem to fit the bill, and Fabio still young, it could be only a matter of time to find a permanent replacement for Evra. For the time being, between the Frenchman and Brazilian on the left side of defense Moyes could be hard pressed to save funds and place his money in the midfield. A partner for Michael Carrick would be a much more ideal option, and a more viable one as well. As Moyes continues to press for both Baines and his Everton teammate, Marouane Fellaini, United’s needs may be best served acquiring just the Belgian for the time being. There is, without question, a future need for a left-back of Baines’ quality but immediate funds would be better fit on strengthening other areas.

Again, we’re not Moyes. He is the one calling the shots and if his belief lies in Baines, then so be it. However, we currently have a very young, and extremely capable Fabio waiting in the balance searching for that moment to take over for Evra. Likely, Fabio will see additional time on the opposite side of the pitch from his brother who could very well serve as a motivational factor to be better than his twin – who was not sent on loan. With the competition in the Premier League at a frantic high, the left-back position of United could possibly be the biggest piece to United’s puzzle come January.