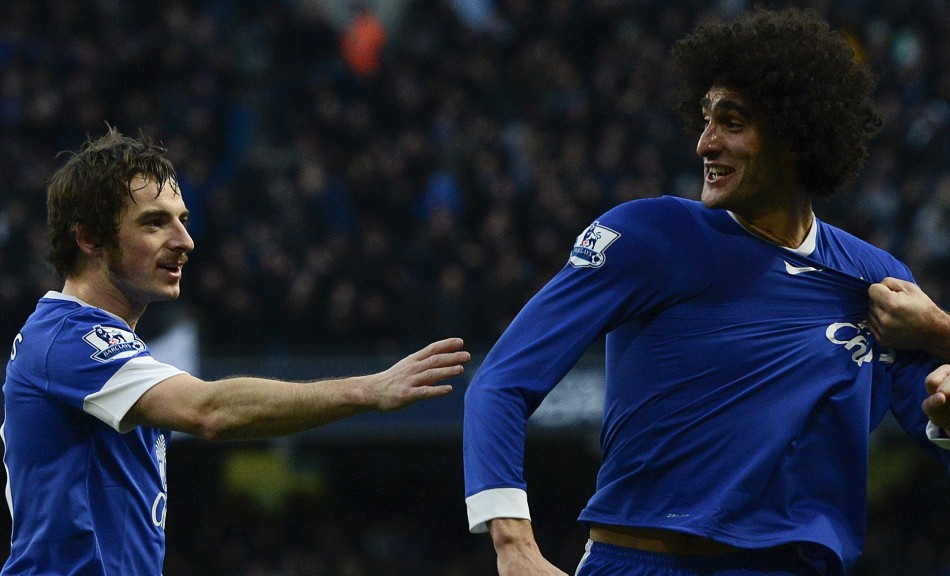 Football continues to evolve. Just when United were set to conquer Europe for years in 4-4-2, Barcelona came along with a 4-3-3 to swat them aside. Last season, German’s ‘revolutionary’ new system blitzed their Spanish counterparts.

In an instant, the German way, was the right way to play football from now on.

People gushed over the fluidity of Barcelona’s play a couple of years ago when United were mauled at Wembley, yet it said more about a team at the absolute peak of its powers than of a formation. Yes they pass it brilliantly and keep possession for 85% of the time but football is not a game of possession. Spain won the World Cup scoring fewer goals than any other World Cup winning team and why, because they didn’t have Messi.

At Barcelona, the objective is to tire the opposition out then give it to Messi. Spain couldn’t do that, obviously. So instead they passed and passed and passed without going anywhere and then hoped a mistake would come from a knackered defender and they’d keep the ball to see out the victory. Nothing wrong with that, but pure football? Bollocks. Exciting football is committing defenders and attacking in numbers and the Germans have been quicker than teams in the English Premier League to suss it out.

Now everyone is starting to get on board with the notion that to win games of football, it’s crucial you go out and WIN them. Playing the way that Bayern Munich and Dortmund play could be seen as reckless but it is far more sustainable. Both Xavi and Iniesta are knackered. Being on the ball as much as they have may has made them legendary players for club and country but it’s also drained them physically.

So now it’s about pace and pressing, and here is where the Moyes Masterplan starts to come into view. On Monday night, the team selection will be very interesting for where he uses one player: Phil Jones. If he is utilises in midfield with Fabio at right back then that will tell you a hell of a lot about how this United side will play this season.

I believe that Moyes has looked at his centre backs and decided that Rio and Vidic are good enough to cope if each are left marking a centre forward. If Carrick is in front of them then there is protection and the perfect ‘quarter back’ for setting up attacks but then he’ll want another body alongside him. Because I believe part of Moyes’ philosophy is in his full backs pushing on and then it is up to two holding midfield players to fill in for them.

Jamie Carragher made the point on Monday night about Seamus Coleman goal against Norwich. The fact both full backs were in the box was not a Martinez brain wave. It was an example of what Moyes had done at Everton. It was he who converted Coleman to full back for the very reason to get into those positions. That is why he wants Baines. Not because he is better on the ball than Evra, but probably because he trusts him to get up and down the left hand side in the same way Rafael will once he is back from injury.

That is why the Everton duo are crucial to Moyes plans. Baines and Feillani are pivotal pieces of the jigsaw. Because if you have a centre back and centre midfield quartet of Rio, Vidic, Carrick and Feillani; with Rafael and Baines bombing on down either flank, then the rest can go where they like.

Van Persie will be the figurehead of the attack and then it’s a case of filling the gaps with the creative talent you feel will get the result.

That system doesn’t have to be used exclusively. Play Cleverley alongside Feillani and give Carrick the rest he deserves and will need as the season progresses against lesser teams.

But for the big games it will be about that two banks of two and that could be the grand design for David. Feillani isn’t creative, but he can pass five yards to Carrick and a further 15 yards to Kagawa/Giggs/Valencia/Welbeck/Nani and Van Persie (even perhaps Rooney). In that system, that might be all the creativity we need.

For those who would see that as a negative step. Cast your minds back to years ago. Arguably our greatest creative midfielder Paul Scholes failed to start in the San Siro or in Turin in ’99. We instead had to make do with Keane and Johnsen and Keane and Butt for those games the heart of midfield. We still created quite a bit as I remember. In fact, we created history.