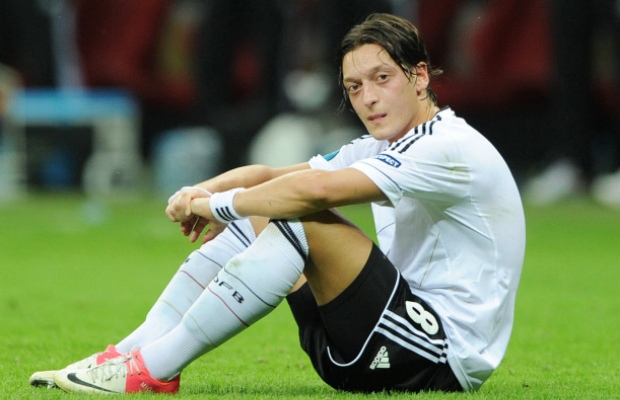 Mesut Ozil has put an end to speculation about his future at a press conference in Madrid.

For the past week or so, the German midfielder has been linked with a move to a number of Premier League clubs, including Manchester United, following reports that he no longer saw himself as a key part of Carlo Ancelotti’s plans with new arrivals such as Isco and maybe Gareth Bale.

There was also speculation surrounding Ozil’s dad, who is said to have contacted United about his son wanting to leave the Spanish club. That no longer appears to be the case with the 24-year-old ready to fight for his place.

Speaking at a press conference today, he said:

“I have a contract until 2016, I feel very good here and get on well with my team-mates.

“For me it’s an honour to play here with this team.

“There has been a lot written in the press, they have spoken of interesting options but I have a contract and I am staying at Real Madrid. There is no discussion.”

So, there’s another we can mark off the list. Moving on…