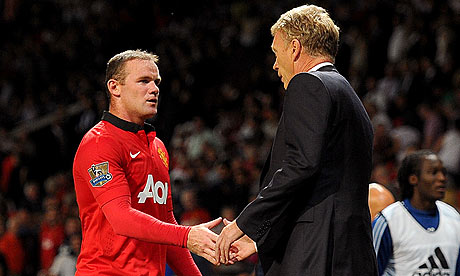 Wayne Rooney has 48 hours to decide on his future says Jose Mourinho. The England international has been asked to break his silence and either commit to Manchester United or tell the public he wants to leave.

Chelsea have made two unsuccessful bids for Rooney this summer and have not ruled out making a third. United, on the other hand, have kept their word since stating that they would not sell the striker to the London club.

Rooney played the entire 90 minutes against Chelsea on Monday night and performed well. The game finished 0-0, but the fans chanted his name throughout. Speaking during the press conference, Mourinho said:

The Chelsea manager also stated that Rooney has 48 hours to come out and say he wants to stay or go. If not, Mourinho will look elsewhere for a striker. The coming hours could be interesting.