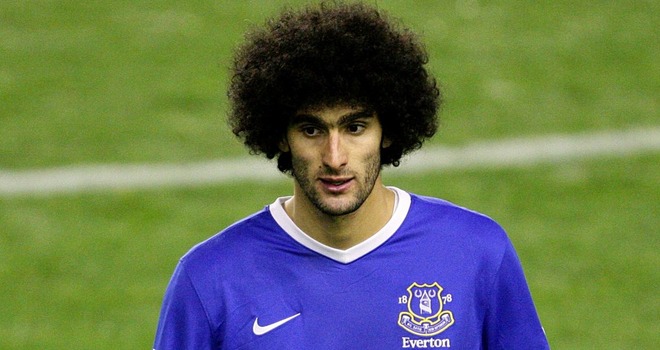 As we enter the final furlong of the unnecessarily long and soap opera akin, ‘’saga’’ driven transfer window, many United fans are quite rightly discontent at how the elusive almost dynamo like Ed Woodward has conducted business, or perhaps better described as lack of. While I have no doubt work is on-going from Moyes’ inherited throne in the office of Carrington, all the way to wherever Woodward maybe, probably still in the land of Oz, and not the one he so abruptly left  to deal with ‘’urgent incoming transfer business’’, there remains the realisation that time is in fact running out.

I am acutely aware of the fact that the midfield does need strengthening, not necessarily because it is weak but more importantly because it is light. After all, didn’t we  comprehensively win the league, and in keeping with my horse racing analogy, with the diminutive confidence of a jockey slowing up at the final furlong to maintain his favourable handicap mark.

However, am I panicking? No, why you ask! Well simply because the most likely signing we will make is in fact the most necessary and suitable player we need to strengthen our midfield. Okay, he doesn’t have the subtle control of a Thiago, the vision of Fabregas or in fact half the pace of Ozil but he undoubtedly has all of the attributes are midfield desires. Don’t get me wrong a Fabregas or perhaps the slightly (and I mean slightly) more realistic signing of Modric would not only result in me becoming extremely more confident in our ability to retain our title, but dare I say it, actually praising Mr Woodward for pulling off such a coup.

Yes, I want this type of dynamic midfielder, the prospect of Fabregas or Modric excites me, but the more I think about it, we do not have a pressing concern for such a creative force. First and foremost we need a warrior, a physical presence, a mate for Michael Carrick, someone who is equally adept at roughing up an opponent, while also having the required skill to dictate from deep. How many times have we all heard a United fan lament the fact that we get over-run in midfield, especially in the big games. ‘’Yaya Toure tore is apart’, ‘’Dembele is gliding past us’’ etc.. So why is it all of a sudden United fans aplenty are not attracted to the prospect of us signing the very player who can put heed to this, while also offering a number of complimentary advantages in the process?

To those who question the signing of Fellaini, I ask a simple question, then who? Recently people have mentioned Kondogbia, but unfortunately and without meaning to sound factious, I would question how many had seen him play prior to Rio’s testimonial. A fine young player no doubt, but question marks remain about a number of key issues, the most obvious being his well documented third party ownership. Destructive midfielders are a dying breed, and I have been an advocate for how the game has evolved and there isn’t much need for them. But this is where the distinction lies, Fellaini is not just your average ball winner, there are a lot more intricate elements to his game.

At the risk of me waffling on, an unwanted trait of mine, I will document why Fellaini is a perfect fit for our midfield with a number of quick points:

You can’t put a price on premiership experience. We have all seen it; big names with big reputations and proven records can come to the premiership and ultimately fail to deliver, ala Shevchenko and are very own Juan Veron – a wonderfully gifted footballer who quite simply couldn’t adapt to the British game. Fellaini not only has a proven track record in the league but is consistently growing as a player, year on year, in tandem with his hair.

At 25 years of age Fellaini is probably approaching his peak physical condition and someway off reaching his optimum level of performance. As previously mentioned he has improved every year, last year’s stint in an unfavoured position further forward will undoubtedly make him more positionally aware and training in an environment such as Carrington, with seasoned professionals such as Giggs, Carrick and Rio will only add further to his development.

3) He wants to play as a defensive midfielder

One of the problems with signing Thiago or Ozil would be the fact that they are not exactly out and out central midfielders, but instead almost like number 10’s or forwards.  This is a position we are well covered in with a big year expected of Kagawa and of course our current number 10 (if still here come September 3rd). So while Fellaini played as a number 10 last year, simultaneously prospering becoming the clubs top scorer in the process, he admits himself that ‘’I prefer defensive midfielder because I know my job there, stopping the opposition and imposing myself on the game’’.

Alluding to the aforementioned Ozil and Thiago, it is worth noting that we have two ridiculously talented prospects that play in this modern number 10 role. The emergence of Januzaj in pre-season as an almost guaranteed star for the future (if not now), as well as the mercurial Powell, who, but for injuries would definitely be in around the first team squad would not be held back by the arrival of Fellaini. In fact, if anything he would provide them with the platform upon which they can perform.

At 6 ft 4, Fellaini offers United that much needed dominant physical presence in the middle of the park. His tackle success rate in the 11/12 season, where he played in a deeper role was 85% (Opta) and it was the man-marking job he done on Steven Gerrard while at Standard Liege that apparently made Moyes break the Everton transfer record. In the big games his combative nature, all action style and towering demeanour would ensure a more solid midfield. Not to mention his aggressive ball winning mentality is aided by an unrelenting stamina whereby, he covered on average the 4th highest distance of any player in the 11/12 season.

Fellaini was Everton’s top scorer last year with a more than modest 11 goals. While admittedly he played a lot more forward than one would expect if he came to United, he clearly has an eye for goal. Not to mention the aerial prowess he has from set-pieces. United racked up an impressive 26 goals from set pieces last year, the fourth best in Europe.

Anything between 20-25m can be seen as money well spent when taking into consideration some of the astronomical fees spent in recent times. As alluded to early, you can’t put a price on Premiership experience. For instance, when put in the context of 16m Rodwell, 26m Milner and a 16m Henderson, Fellaini could almost be seen as a bargain.

Placed alongside Michael Carrick, with Kagawa just in front, we would have a well balanced midfield consisting of a number of complimentary attributes ensuring the perfect balance between attack and defence. Forget the silly hair, forget about the Moyes connection, Fellaini is a player we need, and we need now, especially given are worrying over-reliance on Carrick.

He may not be the ”big name” everyone wants, but hes the perfect fit.

I would love to hear what fellow United fans think about the signing, is he what we need, if not who else, all comments are welcome.

4 responses to “Fellaini would be ideal for United”