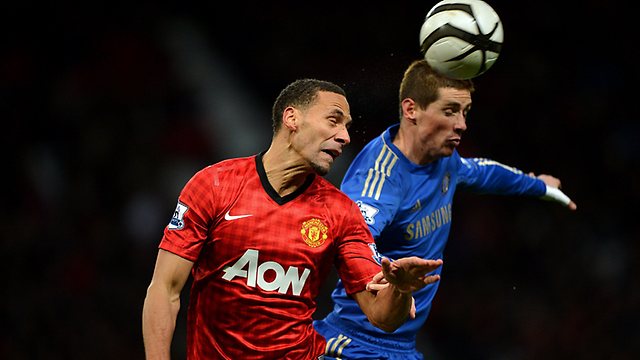 Aidan Sweeney, from Chelsea blog We Ain’t Got No History, has taken some time to discuss his feelings on Chelsea this season, his thoughts on Mouinho’s return and his hopes for signing Wayne Rooney, amongst other things. Follow Aidan on Twitter.

How happy are you to see the back of Benitez and the return of Mourinho?

It’s great. Benitez was everything you don’t want from a manager, the way he cowardly refused to condemn Suarez after he bit Ivanovic summed him up – he’s obsessed with Liverpool and it’s quite sad really.

Satisfied with Chelsea’s transfer business over the summer?

I think so, if it’s true that Willian has been signed for £30m then I don’t really understand that transfer but then again, it isn’t my money so who am I to complain? A first class striker would be a welcome addition to the squad seeing as Torres is beyond awful and Lukaku might not be ready just yet – if not then I’d much rather see Lukaku given a chance, it has to be better than persisting with useless Spanish lad.

Where do you predict to finish this season?

Second. I think this season will depend on strikers. If RvP maintains his form from last season then I can’t see past United for the league. He’s by far the best striker in the Premier League and I think he’s the best striker in Europe. If Lukaku makes the step up this season then who knows. City could also quite easily walk away with the league when you look at their squad. Who knows – it’s impossible to predict.

Who do you think will be your most important player?

Eden Hazard – he’s had a pretty good first season in England but I can see him taking it to the next level this year. Hopefully Mata and Lukaku are also on fire this season.

Yay – Purely because there is no one else available. There is a serious problem with the transfer market at the moment, there is too much money and not enough world class strikers. I don’t think Rooney is the answer the Chelsea’s problems, the answer would be RvP but settling for second best wouldn’t be too bad.

Mourinho’s a bit of a mouthpiece. What do you make of his childish behaviour?

I think he’s a good poster boy for the pantomime that is modern football. If he was the manager of a rival club, I wouldn’t get wound up by his comments because it clearly is all for show. I think he’s a good manager and I don’t really care if he does bring the circus to town as long as Chelsea win matches.

Do you enjoy away days at Old Trafford?

I was there for the FA cup game last year when Chelsea pulled it back from 2-0 down to 2-2. That was an amazing day. The atmosphere at Old Trafford is appalling but then again, it’s just as bad at Stamford Bridge. Stadiums are too full of spectators waiting to be entertained and not enough real fans.

Drogba’s offside goal to make it 2-0 and basically seal the title back in 2010. The fact it was offside probably made it a little more enjoyable.

How do you think Moyes will do?

His failure to bring in a midfielder of an kind is bemusing. Carrick is excellent but he can’t do it all by himself. I think he’ll do well but if he goes into the season without strengthening the midfield then he’ll have no one else to blame if it all goes tits up.

If you could any United player, who would it be?

2-3. RvP to get a brace and Lukaku and Hazard with the Chelsea goals.