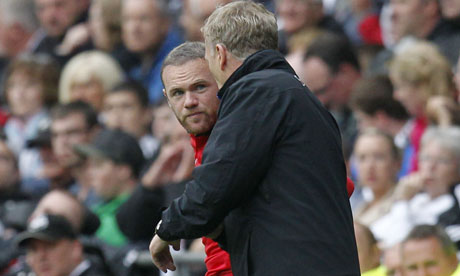 Wayne Rooney picked up an Achilles injury against Swansea on Saturday evening but David Moyes was pleased with the commitment shown by the striker.

Rooney, who had reportedly been struggling with injuries throughout the summer, came on for 30 minutes and assisted two of Manchester United goals in a 4-1 win down in South Wales.

In his post match interview, Moyes revealed that the striker took a knock to his Achilles, but hopes he will have fully recovered in time for the clash with Chelsea next week.

“He got a kick. It was quite a bad one down the back of his Achilles. He is still lacking match practice but I gave him another 30 minutes today and that will bring him on.”

Unlike the shoulder injury, I believe this one is genuine. United have made their thoughts known to Chelsea; Rooney will not be going to Stamford Bridge this summer no matter how much they offer. Whether we keep our word on that remains to be seen.