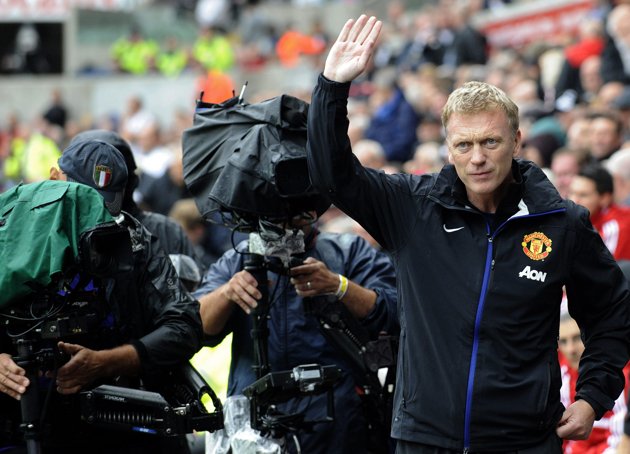 The proof will be in the pudding for David Moyes as he’s been gifted with one of the best squads Manchester United has seen in quite some time. There is no Roy Keane in the middle of the park, or an out-an-out speedster like Cristiano Ronaldo but, Moyes’ boys are quickly becoming men. With the established likes of Robin van Persie leading the attack, Michael Carrick prowling the midfield, and Rio Ferdinand and Nemanja Vidic tidying up their defensive duties, the Scot has walked into a near perfect situation.

After a thrilling and fairly comfortable 4-1 victory in South Wales over Swansea City, plenty of questions were asked; however, just as many were answered. What will happen if Wayne Rooney departs – who will pick up the goal scoring form if Robin van Persie hits another slump? Danny Welbeck. Even though it’s far too early on in the Premier League season, a calm tap in and a sublime chip over Michel Vorm solidified the thought the young Manc could finally break his scoring drought.

Certainly, there are scousers out there who would rather Moyes shit the bed than succeed at United. The even more saddening part is that some are supposed reds, which in reality we cannot even classify those to being in the right mind. Ultimately, the last that United need is an uprising against Moyes – given the time and backing we can see after just a few performances that the reds will be just fine. Much like there was plenty of questions asked during the beginning of Ferguson’s reign, it will not be all roses and happiness for Moyes. That being said, the last we need is a Rafa Benitez situation which realistically will not happen, but just the thought is absolute bat-shit crazy.

In terms of the attack, Moyes seems to have it sorted with RvP highlighting per usual, and Welbeck quickly gaining confidence. At the same time, Chicharito hopefully will be given additional time to boost his confidence and solidify his standing at United. Under Ferguson, his goal to minute ratio was splendid, and the manager could have quite a juggling match to fit in Chicharito into his starting XI plans. Without hesitation the Mexican international needs to see added minutes this year, otherwise I’d expect his happy-go-lucky and constant smile to quickly sour.

In defense Moyes also has plenty to work with: Chris Smalling, Jonny Evans, Fabio da Silva, and Alexander Buttner all wait in the balance. Of course, if we factor Phil Jones into the equation, he may be best suited as a center-back rather than a right back which he occupied in Rafael’s absence against Swansea. With many questions be asked of Moyes’ intentions in the midfield as United have already missed out on Cesc Fabregas and Thiago Alcantara, whether or not the midfield answer is already in the United ranks remains to be seen. With the likes of Marouane Fellaini and Luka Modric awaiting in the balance, Carrick could find his partner sooner, rather than later.

Personally, David Moyes has my entire backing. If he fails to secure any marquee signings during this transfer window, then so be it. Most importantly with the tools in tool-kit primed and ready, Manchester United now embark on a 38-match journey to reclaim Premier League glory. With the FA Community Shield already in Moyes’ back pocket and three points secured against the Swans…In Moyes We Trust.