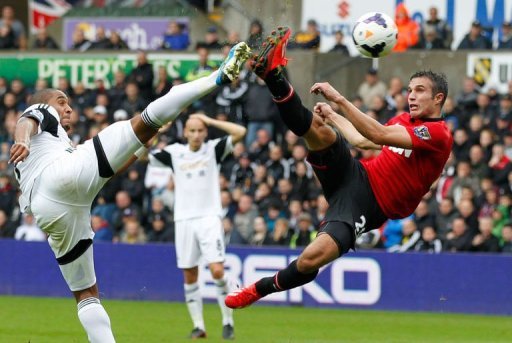 There might be a new manager at Manchester United but the winning mentality remains. David Moyes’ men beat Swansea 4-1 in his first competitive game in charge.