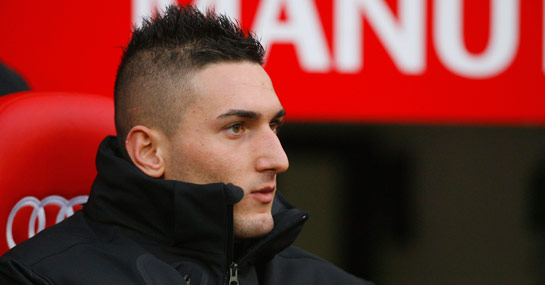 According to the Daily Mail, Doncaster Rovers want to take Manchester United’s Italian striker Federico Macheda on a season-long loan.

Somehow, the 21-year-old has attracted interest from Italy and Spain and is set to leave United at the end of his contract next year.

Ever since making a heroic debut against Aston Villa in 2008, Macheda failed to continue making an impact. He made 18 appearances without a single goal for Stuttgart last season.

Macheda has had a difficult career so far, so for his sake I’d like to see him succeed at a lower league club like Doncaster.