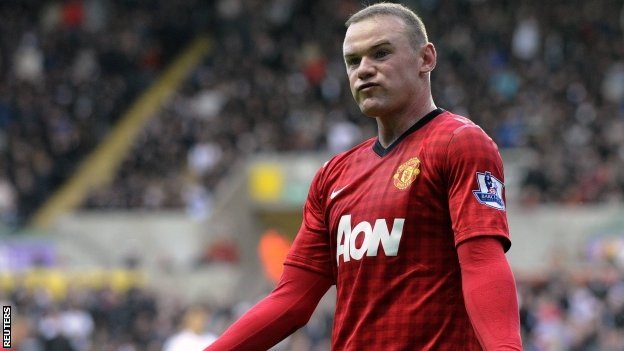 Manchester United have made it clear that Wayne Rooney will not be sold to Chelsea no matter how much money is offered. The potential risks of keeping an unhappy player will not change their stance.

Jose Mourinho was under the impression an agreement would be stuck before the transfer window closed, but United aren’t swinging that way. This news will come as a setback for the new Chelsea manager, who has already lost out a number of key signings up front.

Chelsea have already had two bids rejected for Rooney. According to Daniel Taylor of the Guardian, they offered £23m on 16 July and £25m on 4 August. The London club were initially convinced United would eventually cave in but that no longer appears to be the case. The reds are playing hard ball.

The club believe it would be weak to hand over one of its better players to a competing rival. Arsenal saw last season the dangers of it when Robin van Persie arrived at Old Trafford and won the league. United are clear that no matter how messy it gets, their position will not change. Not even if Rooney hands in a formal transfer request or does a Luis Suarez on it by going public and selling stories. Paul Stretford, Rooney’s agent, is already doing that I guess.

The fans have turned on Rooney. If handing in a transfer request and questioning the club’s ambition in October 2010 wasn’t enough, this entire episode should be. Taylor states within his article that the club wants Rooney to learn that falling out with Sir Alex Ferguson should have no bearing now.

A number of reports in recent weeks gave the impression that United were waiting on a marque signing before getting rid of Rooney, but the club are adamant they will not help make Chelsea stronger no matter what they put on the table. The 27-year-old is a match-winner. Gary Neville, for one, is of the opinion that we “would be mad to sell him.”

United hope sometime in the near future Rooney will start enjoying being a United player again and recognise this is a team where he can still achieve his ambitions. ESPN understands that David Moyes has his eyes on three new signings; two midfielders and a left back. It wouldn’t take a rocket scientist to tell you Marouane Fellaini and Leighton Baines were amongst them.

There is just under three weeks remaining in the transfer window. It should be interesting to see how Rooney, Stretford and Chelsea respond.