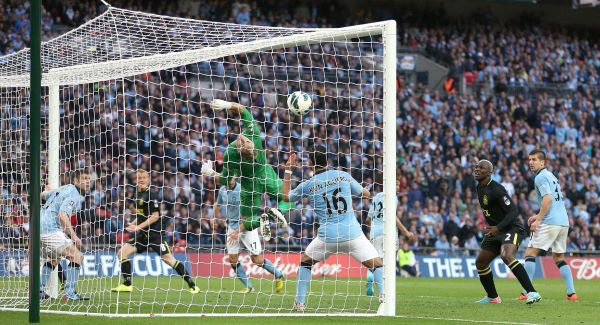 Peter Walker, from Wigan blog This Northern Soul, has taken some time to discuss his feelings on Wigan last season, his thoughts on the new manager and his hopes for promotion, amongst other things. Follow TNS on Twitter.

Wigan won the FA Cup but were relegated to the Championship. Your thoughts on the team’s performance last season?

Four home wins all season tells its own story. You get relegated if you aren’t good enough and we weren’t. The FA cup win was amazing and reduced some of the disappointment but not completely.

Yeah, it was great watching Wigan beat city at Wembley. Will you gain promotion at their first attempt?

There are a lot of clubs who are good enough to be challenging and we have a minimum of 55 games to play with over half of the squad new to the club. It’s a big ask.

Who are you expecting to be your most important player this season in the Championship?

If he stays James McCarthy for his all round ability, if not Grant Holt for his goals.

Martinez may come sniffing around and take him to Everton. Speaking of managers, your thoughts on Coyle getting the job?

Not my choice. It was time for Martinez to move on and I thought McClaren would have been a good replacement but Owen Coyle has brought in quality players and the win at Barnsley was excellent.

You couldn’t have asked for a better start to the Championship than a 4-0 win. If you had a chance of taking any two players from United, who would they be?

Valencia as his attacking flair when fit is first class and he is fondly remembered at the DW. Tom Cleverley was a good loan signing for us and his creativity and industry would serve us well.

It’s funny you say Cleverley. A few rival fans said his name last season much to our readers’ surprise. Anyway, what have you made of Valencia’s career at United since moving from Wigan in 2009?

Many United fans at the time ridiculed United for signing a player from little Wigan, but he has proved his worth for you.

Your chairman apparently broke his leg in 1960. What are the chances of him bringing it up during an interview on Sunday?

He is a very private man and never mentions it, I am amazed that you have managed to find out about this very rarely discussed fact.

Ha. Best and worst game your club has played against United?

Worst Carlign Cup final, keeper injured in first ten mins and too many players played out of position, you went easy on us it could have been a rout. Best when we managed to beat you at the DW 18 months ago.

Wigan sold less than 4000 tickets for the Community Shield. Does it mean anything to you?

Nope, I have decided not to go. Saving money for our first European tour and the away trip to Yeovil. Wigan’s fan base is centred within 8 square miles of the ground and as you know the North West has been badly hit by the recession.