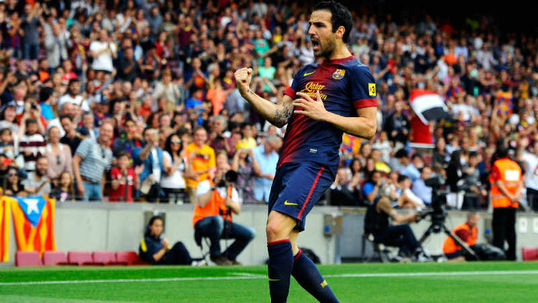 Cesc Fabregas spoke about wanting to succeed at Barcelona today during a press conference, insisting there was no truth about him wanting a return to the Premier League.

Manchester United responded this afternoon when a spokesman said:

“We appreciate Cesc is a contracted player at Barcelona and completely respect everything Cesc has said today.”

From fans the initial response was disappointment. United have seemingly lost out on another poetic footballer, but there are alternatives. I would rather pass on signing a midfielder for the sake of it to allow Adnan Januaj, Nick Powell or Jesse Lingard produce the goods in two or three years time.