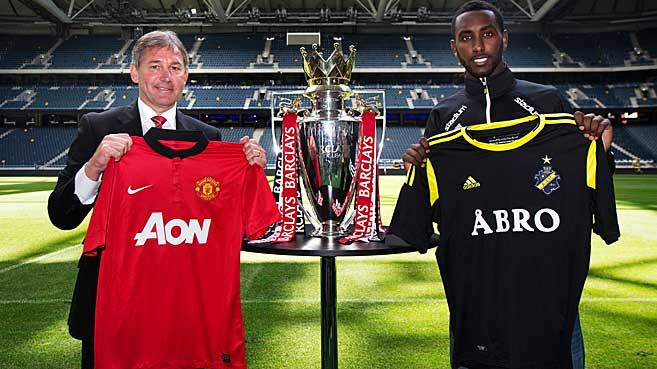 In just under a week, Rio Ferdinand’s Testimonial match will be underway on August 9th and the FA Community Shield against Wigan Athletic on August 11th, the reds make one final trip in preparation to the inaugural season under David Moyes. United travel to Sweden to take on AIK Fotboll today (August 6th) in hopes of capping off a somewhat bland summer; chalk full of decent performances and some youngsters making a name for themselves (Lingard, Welbeck, Januzaj, Zaha).

In preparation for a title defense, Manchester United will once again be without Wayne Rooney who reportedly has sustained a shoulder injury during a training day match. After a second bid from Chelsea had been turned down from the club, and Rooney’s lack of involvement in preseason questions whether or not he’ll ask to remain at Old Trafford or not. Hopefully the latter, but until both he and Moyes begin their talks about the Englishman’s future, we’ll wait at the end of our seats – or until we pull out our hair.

Friends Arena in Sweden, sits near 50,000 capacity since its opening in October 2012 – and will likely be filled to the brim with the red. For United, expect a relatively younger squad to head onto the pitch, especially on defense as Ferdinand and Nemanja Vidic could be rested in preparation for both the Testimonial and the Community Shield. In turn, Jonny Evans and Chris Smalling could retain the center-back spots while Patrice Evra and Rafael da Silva could feature in the outside back positions.

In the midfield, David Moyes must be quite happy with Anderson as he’s appeared quite readily in United’s preseason tour mainly playing alongside Michael Carrick in the center of the park. Although Anderson may not be our best option moving forward, for the time being with the pending Cesc Fabregas talks, and possible Marouane Fellaini talks in the future – he’s one of our best options in the midfield. He may not be the box to box player that United would like; however, Ando knows how to attack and get stuck in to tackles when necessary. Player/coach Ryan Giggs will also do his part at retaining possession like Carrick, but also search forward with the young weapons such as Zaha and Januzaj.

Up front, it would give a load of confidence if Danny Welbeck was given the nod with Wilfried Zaha and Shinji Kagawa monitoring the midfield. The younger reds performed phenomenal during the preseason and despite the lack of clinical ability from Welbeck in recent seasons, we can only hope he’ll turn it around and rediscover his Bernabeu performance from last term.

A win in Stockholm would do United and in particular, David Moyes, a load of good to the confidence barometer. Moyes stated: “I will be trying to make this the first trophy of many, but if we win it’s really something that will have been earned by Sir Alex. It’s because of his good work in the Premier League last season that we’re in the Community Shield.” Well spoken from the Scot, who understands the exceptional squad he was gifted into this season, and with plenty of youngsters at his fingertips, plenty of promise arises for United’s present day and future.

One final tune-up of sorts is in order in Stockholm, and although an understanding of fitness levels and player compatibility will likely be assessed by Moyes and his management, a win is expected. And as Rio and his men prepare for a match against Sevilla on the ninth, followed by Moyes’ first chance at silverware with United – an interesting week is in order for Manchester. From Sweden, to Manchester, to Wembley – United’s already experiencing their first bit of pressure. Let the goals, begin.