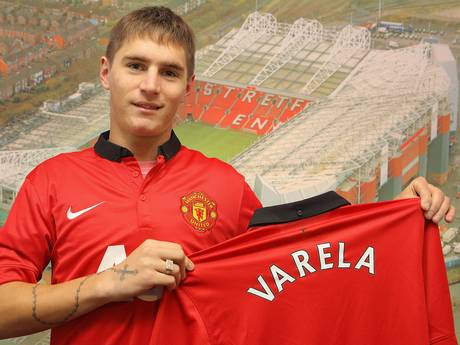 Guillermo Varela admits a loan move to Boca Juniors could be an option for him next season.

The Uruguayan full back, who joined Manchester United earlier this summer, remains David Moyes’ only signing since he succeeded Sir Alex Ferguson.

However we are unsure whether the 20-year-old will be a member of the first team, or if he will be sent out on loan elsewhere. The latter seems to be a preferred option with Rafael Da Silva after making the right back role his own.

Boca were interested in signing the player before he joined United, but it is now believed that he will go there on a season long loan. Varela seems open to the prospect of moving to Argentina for a year.

Speaking to TuttoMercatoWeb, he said:

“It could be a good solution. I would play with continuity for one year, always thinking of returning to United, who is the team which most believed in me.

“Italian clubs interested in me before arriving at United? I do not know, I would like to play in Italy, but here I’m at the top, in the best side in the world. What more could I want?”