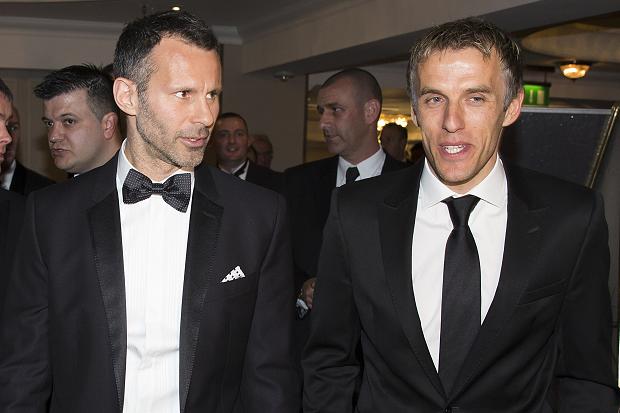 The opportunity to work alongside David Moyes in a coaching role was one Ryan Giggs could simply not turn down.

Giggs still considers himself a player first and foremost, but he has enjoyed working within the coaching staff on tour in Asia and Australia.

Speaking to Inside United, he said:

“I got the call when I was in Turkey doing my coaching badges.

“My initial thoughts were about how it would affect the playing side of things because I was obviously preparing to play for another year.

“I spoke to a few people and had a think about it and I could only see plus points; I couldn’t see any minuses. It’s an exciting chance for me and one that I couldn’t turn down.”

Concern crossed my mind when I saw all the coaches follow Moyes from Everton to United, but then it was announced Phil Neville and Giggs would also be introduced. It was a nice touch from the new manager; one that shows intent to create a good atmosphere within the dressing room.

Although, the idea of coaching didn’t just come out of the blue for Giggs. It’s something he says he’s been working on for the last five years.

“I’ve always concentrated on playing but I’ve been doing my badges at the same time. It’s been tough at times because it’s quite time consuming but I’m really glad I’ve done it.

“Five years ago I didn’t think I’d still be playing at this age so I wanted to make sure I was prepared when I finished so I started doing my coaching badges then.”

Whenever left out of the team, it will be strange seeing Giggs in the dugout acting as a coach. We wish him all the best.

One response to “Giggs couldn’t turn down coaching role”