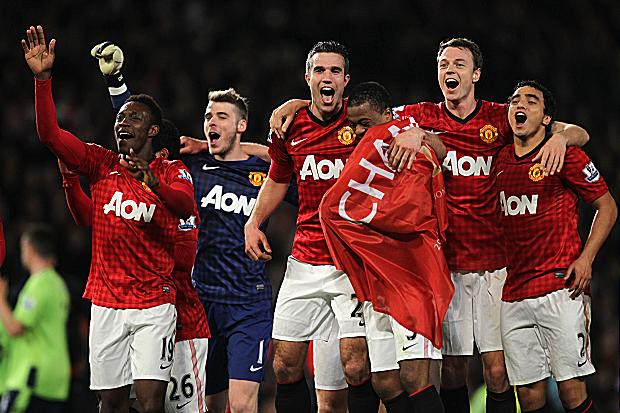 Manchester United kick off their 2013/14 Premier League campaign against Swansea City, where Rio Ferdinand notched a late game-winner in Sir Alex’s final match at Old Trafford. With a new era beginning this season under David Moyes, Manchester United must uphold their rich tradition of winning and stave off the likes of Manuel Pellegrini’s Manchester City, Jose Mourinho’s Chelsea, and Arsene Wenger’s Arsenal. The competition for top spot in the Premier League is at an all-time high and with the transition period in the league, it’s anyones for the taking.

So what do we have to look forward to this season? In United’s first five matches of the season, Moyes’ tactical awareness and squad’s readiness will surely be tested against the likes of Chelsea, Liverpool and Manchester City – the two latter matches away at Anfield and the Etihad. It’s crucial that the reds get off to a quick start under Moyes as the last thing we need ringing through Old Trafford is “Moyes out” or another Rafa Benitez happening like last year with Chelsea. Although that’s very unlikely to happen as Sir Alex himself noted to support the new manager, success is still going to be expected from United.

Can we expect Robin van Persie to net 30+ goals again this season? The Dutchman seems hungry to continue on his fine goal scoring form but with Danny Welbeck and Chicharito lurking right behind him, a more equal spread of goals may be necessary if a run at their 21st Premier League crown is in order. Where will United’s moment of the season be this year? Will we see another stunning hat-trick by van Persie against Southampton or will another younger player shine this season?

Plenty of questions remain to be answered – and we’re left wondering how December 3rd will turn out, when Moyes welcomes his former club, Everton to Old Trafford. Whether or not Roberto Martinez is still in charge at that time is a story for a different day, could a late summer swoop be in order for Leighton Baines and Marouane Fellaini sour the tensions between the two clubs?

Upon first glance at United’s Premier League schedule – December without question looks the most hectic. Four matches in an eleven day span will certainly be a testament to United’s fitness in the middle of the season. West Ham, Hull City, Norwich City and Tottenham all proved last season to not being a push over, nearly every point this season is going to need to be worked for.

Ultimately, it’s much too early for Premier League predictions and whether or not United can regain Premier League glory in Moyes’ inaugural season with the reds. As much as we all look forward to the triumphs under our new manager, support through the turmoil and all that comes with being a football fan, must be taken in stride – and with the right step forward.