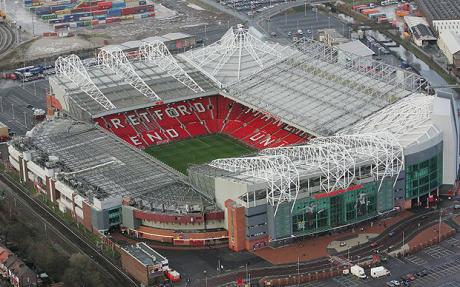 Trafford Council has approved the listing of Old Trafford as an Asset of Community Value under the Localism Act.

This follows its nomination by MUST – the Manchester United Supporters Trust. To join the campaign and become a member of the fan group, follow this link.

Old Trafford having a status of an asset of community value means fans could be the first to know if there were to be a proposal to sell it, and even an option to buy it.

The registration scheme was made possible by the Localism Act (2011) with the Asset of Community Value legislation coming into force last September.

Council representatives made the decision on Wednesday afternoon after a consultation period.

MUST chief executive officer Duncan Drasdo said: “We welcome this news – and believe both Manchester United and other football fans should too.”

“While we appreciate the owners have no current plans to move or sell Old Trafford, this is a decision that helps to protect fans’ interests in the long term, as no one knows what the future holds.”

“We are extremely grateful to our legal and other advisors, supportive councillors and MPs, Supporters Direct and our hard-working representatives and members who have backed this bid from the start.”

“We hope this gives confidence to supporters of other clubs that they can pursue this route and we are grateful to Oxford United’s Supporters Trust (OxVox), who set a precedent with the approval of their own stadium.”

“We still aim to build a more positive relationship with Manchester United and do not envisage a difference of opinion on this issue will hamper that.”

“We are looking forward to a successful season both on and off the pitch.”