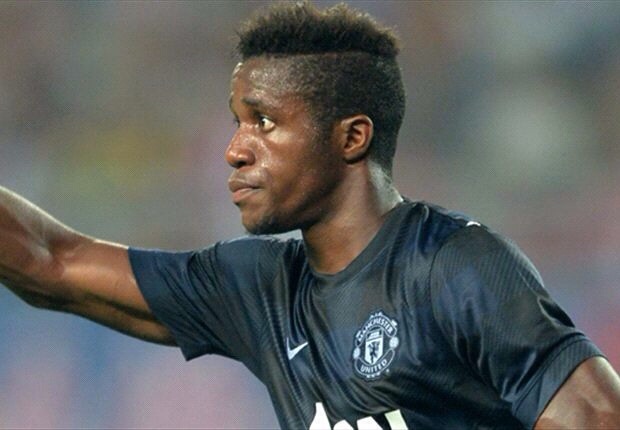 The trial and error experimentation of pre-season is hardly the best indicator of how a player’s season will turn out. If that was the case, we still may be talking about Chris Eagles, Gabriel Obertan, Mame Biram Diouf amongst others wearing red.

But with United boundlessly clocking up the air miles and touching down in numerous exotic locations, one youngster in particular is causing a stir and turning heads.

The clue is he has been our latest big-money signing. Of course, this rules out Jesse Lingard and Adnan Januzaj (who are both putting their hands up for first-team contention this season), Wilfried Zaha is the man.

A man of obvious talent and skill that comes ridiculously easily to him, his early career was hampered by a reputation of being a hothead, losing his temper at the minutest incidents and often turning down blind allies, running into traffic.

It goes without saying that the young Ivorian-born winger is not the finished article. At such a tender age, he has the stage on which to perform and showcase his talents, but he also has the capacity to enhance an already burgeoning reputation.

So what is all the Zaha fuss about?

United have been long associated with thrilling wing play. There are few better sights than seeing out-and-out wingers skinning their full-back, getting chalk on their boots in the process. Fans have been dazzled by such a player over generations, Duncan Edwards, Steve Coppell, Ryan Giggs, Andrei Kanchelskis, Cristiano Ronaldo and Antonio Valencia were the cornerstones behind much of our attacking vibrancy down the years.

Zaha, over time, will add his name to that long list. Despite cruising the league last year, it papered over the very visible crack that emerged surrounding the plight of our wingers. Their collective form last year was sub-par to put it kindly, Antonio Valencia looked a shadow of his previously destructive self- I lost count last year the number of times fans were pleading with the Ecuadorian to take on his man- as this did not happen, he lost half his game for whatever reason. If unleashed, Zaha may just have license to thrill.

For a player of limited experience, Zaha exudes an air of confidence whilst having a cool head on his shoulders. He seems undeterred if a trick or over-elaboration does not come off, he always looks for the ball and tries to right his wrong by beating his man. He is direct and rarely takes a backward step, much like his career to date. His rise is nothing other than meteoric, he looks like he is living the dream.

Notwithstanding the fact that his United career is in it’s embryonic stage and the real acid test will be when he makes his Premier League bow, Zaha has made a telling impression in pre-season, if his start is anything to go by, we will have hot property on our hands.

One response to “How Zaha is already turning heads”