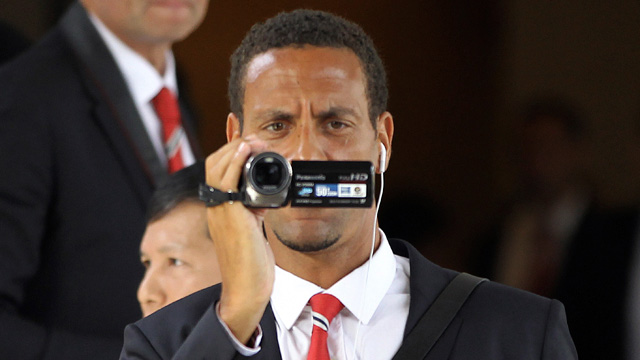 Football clubs spend a month or so prior to their campaigns traveling the world in unique occasions. This year, Manchester United traveled to Thailand, Australia, Japan and beyond. What exactly is the point of a pre-season tour if not every key note player has joined the squad? United’s tour this season is especially important for David Moyes who joined the club officially on July 1st – to integrate players into the squad both established and young talent to gel into a cohesive unit.

The tour does however; expand far beyond the 90 minutes during each match. We can see Alexander Buttner enjoying his off-time on the beach, or Patrice Evra gracing the entire squad with his wonderful DJ abilities. Or we’ll see the smiles on Robin van Persie and Rio Ferdinand’s faces as they challenge one another to a cheeky no-look game of table tennis. This month touring the world brings the players closer together and creates a foundation for partnerships to be made throughout the season.

Traveling to all-walks of life gives the players new perspectives on how other countries view them. For instance, ANZ Stadium in Sydney, Australia was sold out immediately to its 83,000 stadium capacity – indicating just how much Manchester United are a global club and brand. Children and adults alike flock to the remote areas of the world to follow United whether it be a fans first match watching some lesser known players score a few brilliant goals, or to vote Robin van Persie man of the match for his one goal, in about 15 or so minutes – as you can tell, I believe the fans got that one wrong, I’d personally have given it to Jesse Lingard or Wilfried Zaha. But that is neither here, nor there.

As David Moyes integrates some of the younger, promising guns of the youth system whether it is Adnan Januzaj or Jesse Lingard, all are able to create a lasting memory in the minds of their supporters. Although Lingard and Januzaj may not have been a household name prior to these past two matches to an ordinary fan, both have performed splendidly and could have a bit of pull in a possible few performances this season.

Injured and recovering players such as Nani, Wayne Rooney, Ashley Young and Nemanja Vidic are able to rest their tired legs back in Manchester. As much as fans attending pre-season tour matches want to see the likes of David de Gea, or Robin van Persie feature the full 90 minutes, even the little glimmer of flare from the aforementioned players brings a twinkle to the fans eye.

The importance of a pre-season tour spans into many different facets of the world of football and provides numerous growth opportunities for every player involved. Although some players in the tour will likely sit on the bench more than an Antonio Valencia or Ashley Young, the experience is vital to the confidence of some players. The two goals that Lingard recorded against the A-League All Stars will be a moment he and his family never forget – and we can only hope that’s the first moments of many.

At the same token, members of Manchester United have been given another boost of confidence playing in the preseason tour such as Danny Welbeck. Even though Danny hasn’t been scoring as much as we’d like him to in recent years, getting on the score-sheet will hopefully pay dividends when the Premier League season starts as we cannot count on Robin van Persie to do all of the work (only most of it). Along with goal-scorers Moyes can focus on building his midfield, and give Michael Carrick the confidence as he pings around the ball and Phil Jones works on his positional play – the position in which Jones will resume has yet to be determined.

In a football world consumed with monetary gain, and bringing the best footballers in the world together to create a harmonious and successful environment, is key to winning silverware. As Sir Alex Ferguson has all but faded off into the distance, David Moyes assumes the role of United’s ambassador both on the pitch and off.  Scorching temperatures and tempers alike, Manchester United’s preseason tour brings joy to fans throughout the world – and a few goals as well.