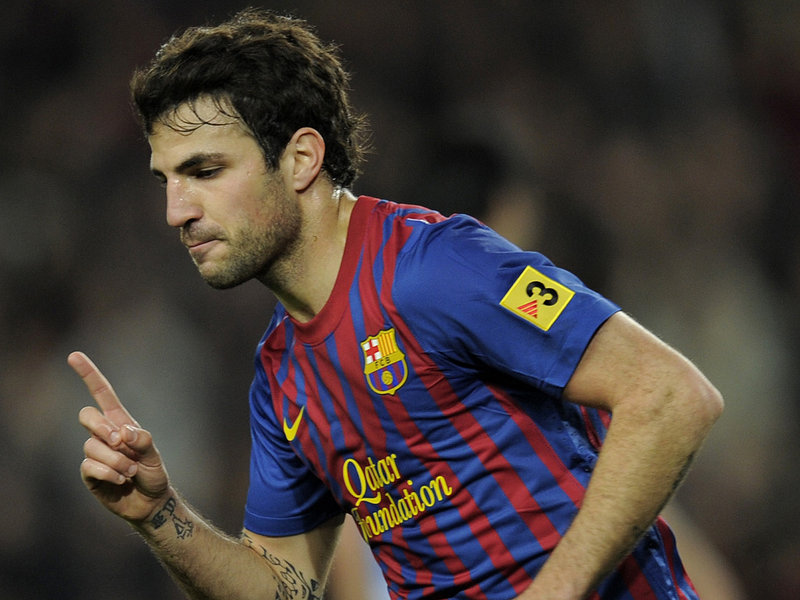 As David Moyes addressed the media on Thursday ahead of facing Shinji Kagawa’s old club Cerezo Osaka, our reported interest in Cesc Fabregas continues to dominate.

We have reportedly seen two bids officially rejected by Barcelona and are said to be preparing a third ‘take it or leave it’ offer to put an end to our second transfer saga of the summer thus far.

Sky reported that Fabregas was said to be ‘considering his future’ amid United’s unrelenting pursuit of the ex-Arsenal captain and the arrival of Neymar at the Camp Nou has put Fabregas’ position further in jeopardy.

On fielding the Fabregas question, Moyes said that ‘it is ongoing’.

Despite Barcelona’s seemingly desperate persuasion tactic involving getting their players to come out publicly stating their belief Fabregas will remain a Barcelona player, we can take encouragement from Moyes’ reluctance to throw in the towel.

If the deal was dead in the water, would we be coming back with yet another improved offer? Surely we’d have moved on to other targets.

Despite Ed Woodward returning home last week to attend to ‘urgent transfer business’, as yet we are still twiddling our thumbs waiting for the outcome.

It seems like the Fabregas story has plenty more legs to go.

One response to “The Fabregas saga continues”