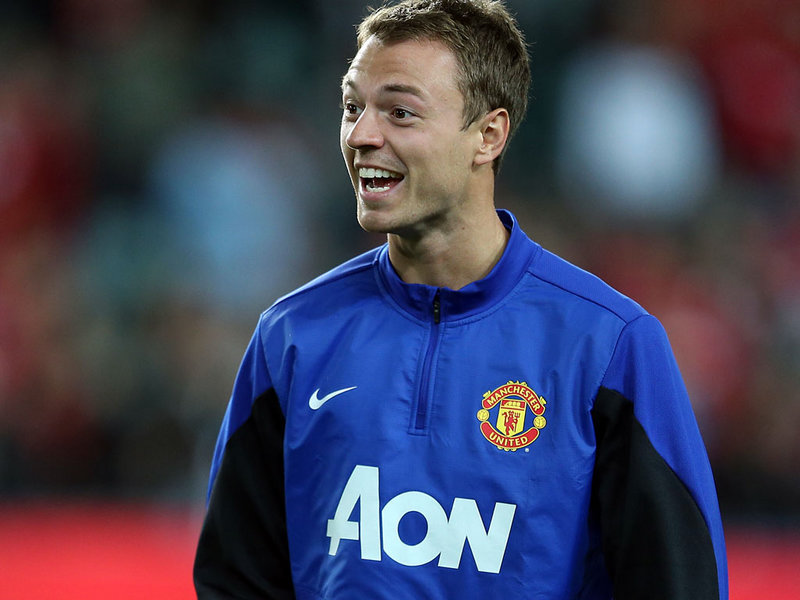 It’s a fresh start for players whenever a new manager is appointed at a club. Every first-team regular has to prove himself again and realising that is the first big step. Jonny Evans, however, believes Robin van Persie was the only player guaranteed a place in Sir Alex Ferguson’s XI last season.

Speaking about the difficulty of cementing a spot at United, Evans said:

“Unless it was Robin van Persie or Cristiano Ronaldo when he was here, there was never a first choice in any position.

“If you didn’t perform he would have you out of the team, but then if one of the other players had a game or two when they weren’t at their best the manager would have no problem putting you back in.

“The key thing was whenever he picked a team you always thought he was doing it for a reason, not because of any personal vendetta or that he didn’t rate you.

“Now we don’t know how the new manager will work. That is why everyone is so desperate to impress.”

In most teams the goalkeeper is selected first but Ferguson witnessed complications (again!) in that area last season. There was a lot of switching mid-way through the season between David de Gea and Anders Lindegaard. As expected, the Spaniard came out on top but there was suggestions that Fergie was unsure.

Under David Moyes they all need to impress again. Even Van Persie, because that’s simply how football works. The new boss knows what to expect from certain individuals but it’s up to them to prove themselves and that’s what Evans is getting to.

That’s what I love about watching the lads on pre-season tour. The young ones are all enthusiastic about breaking into the first team and we’ve seen a bit of that this summer with Jesse Lingard, Adnan Januzaj and Wilfried Zaha. It’s a good sign when a manager gets selection headaches due to having a group of quality players at his disposal.