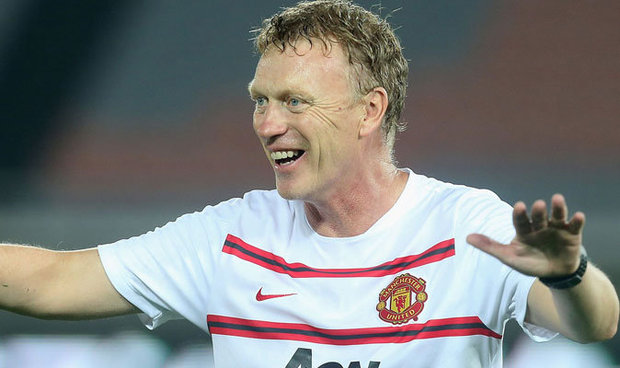 Manchester United’s midfield is an area of concern, but it’s not enough to worry over if David Moyes cannot bring a blockbuster signing to Old Trafford. Bringing the likes of Thiago Alcantara, Leighton Baines and now more prominently Cesc Fabregas to United would have all been signings that show real intent behind Moyes in his first season; however, signing any major player may not be necessary.

Moyes has got the tools he needs to succeed, and January isn’t too far off either. After only two pre-season matches we’re seeing there’s plenty of quality left in both the veteran players, and the youth system. Adnan Januzaj, Jesse Lingard, and Wilfried Zaha all made mince-meat of midfielders and defenders in their appearances to date. Counting on these youngsters on a weekly basis may be a bit of a stretch for Moyes yet, the promising link between one another brings questions to the mind.

Without question, Ryan Giggs still has it – whatever “it” is. Recording a few gem of a performances, killer through balls to Danny Welbeck and company, Giggsy is the epitome of a world-class player.  Yet, Giggsy doesn’t have the 90 minute fitness to uphold such a high standard in the Premier League. Wingers of Ashley Young, Nani and Antonio Valencia now how a support cast of Shinji Kagawa, Zaha, and even Jesse Lingard. Another notable fact to go along with some brilliant talent in the youth system at United, is the splendid play from Danny Welbeck who although does not score as much as he should, the onion-baggery could come in loads this season under Moyes.

Also, we must not forget about Rafael and Fabio da Silva. As Alexander Buttner doesn’t seem to quite fit in just yet, the Brazilian twins add additional firepower along the wings. Allowing Zaha, Tony V, and Young to pinch into the middle of the park a bit more, both Rafael and Fabio are equally capable of providing service into the box. As Rafael proved to be one of our best defenders last term, the separation may have done each twin a deal of good coming into their own.  It wouldn’t come as a surprise if the Scot employs Fabio on the left-flank ahead of Patrice Evra – a partnership full of pace and real intent going forward.

I cannot sit here and say, if Moyes doesn’t bring anyone that I will not be annoyed because quite simply, I will. Missing out on Thiago was a minor set-back, if we’re to miss out on Cesc Fabregas as well, I’d say I’ll be pissed off. The aforementioned pieces we already have to our puzzle as United search for their 21st Premier League crown, it’s safe to say the majority of our current squad members are flexible enough to feature in more than one position. Phil Jones, for instance, can feature along the back line and also occupy the defensive midfielding duties while Michael Carrick continues his steady success.

Breaking the bank is a term in football used much too often, and a term that shouldn’t be used too lightly. Football is a man’s game where decisions must be made for the betterment of the club, and with managers close discretion, titles will be won. In the world’s game, Manchester United have already proven their worth under Sir Alex and while David Moyes has his own legacy to create at the Theatre of Dreams – there is without any hesitation, In Moyes We Trust.

12 responses to “Moyes does not need a blockbuster signing”