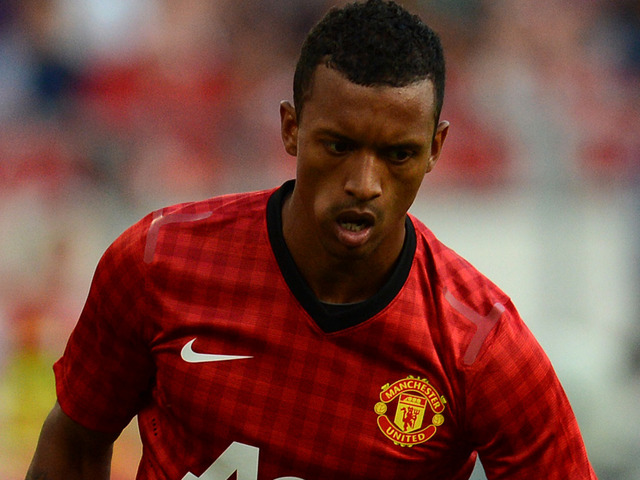 Who would have thought that Wayne Rooney’s unclear future would also tie in with our frustratingly brilliant/brilliantly frustrating winger Nani?

On more than one occasion, Rooney has dominated the headlines whilst the Portuguese has slipped under the radar somewhat. In 2011, as we were rocked and ‘angry and confused’ by Rooney’s shattering transfer request, Nani was the glue to our season and produced arguably the best spell of his United career.

As the Rooney uncertainties continue to rear their ugly head in 2013, Nani’s future is equally up in the air, albeit not on the same magnitude. Whilst Rooney is registering with some ferocity on the transfer Richter scale, Nani’s future has only been met with ripples of disappointment and inevitability.

Despite finally looking for all money that Nani was emerging from the monumental shadow vacated by his Portuguese compatriot Cristiano Ronaldo, his career has hit a lean spell of late, failing to capitalise on the released shackles and kick on from the 2011 zenith, which went a long way towards us securing that record 19th league title.

Nani obviously thrives on injections of confidence, which is a big factor in his unfortunate demise. Confidence is not something you can just bottle up, the syringe has not been stuck in his arm enough. He is a player whose games is based on trickery, unpredictability and eye for the spectacular- which is why he tries to pull off ambitious and difficult tricks and shots. When these attempts don’t come off, they look highly embarrassing- he has often been subject to abuse and derision from our lot. Mainly because we all know what he is capable of, he is one of the most naturally gifted players on our books at present- we just want to see him hit those world-class heights from a few years ago hence the frustration, unfortunately players are simply not robotic.

At times last year, Nani looked as though he had turned a corner and his luck was changing. Oh, if only that was the case. He was our best player in consecutive games against Real Madrid and Chelsea, only to be ridiculously sent off in the first and stricken by injury in the latter. In what was a wretched year for all our wingers, Nani was the best of the sub-par trio.

The phrase associated with unfulfilled talent ‘on his day’ is one of football’s modern-day ills, everyone knows ‘on his day’ Nani is our best winger by far. Sadly from our viewpoint, those days are not often enough.

Football is one of the harshest and ficklest businesses, churn out quality performances and you’re the people’s person, have a stinker and you should be automatically put on the transfer list. Apart from Patrice Evra’s indifferent form at the start of last season and the overall contributions of Ashley Young, has there ever been as much scrutiny over a player than Nani?

To play devil’s advocate, would we be selling Nani if he was not entering the final year of his contract? If we were selling on performance alone wouldn’t Ashley Young also be in a vulnerable position?

There have been next to little outgoings or incomings thus far, suggesting that David Moyes is taking every opportunity to assess his current crop with an open minded approach. Moyes’ arrival could see a change in his fortunes, if the talk of an imminent move to Monaco fails to materialise. It seemed as though both Rooney and Nani’s careers were going stale in Ferguson’s final year in charge. Perhaps with fresh ideas, new faces and the slate cleaned both players could return to their previous heights. If Moyes gave Nani an arm around the shoulder and made him feel part of his plans, that would rub off on the Portuguese international.

That said, the ball is firmly in Nani’s court, especially due to the contractual situation. He can either sit on his current deal in the hope of reviving his United career, or seek pastures new.

Whatever the outcome, one cannot help but feel that Nani will have been an unfulfilled talent, his brilliance and magic all too inconsistent for a United player.

Sadly, the Michael Jackson lookalike can’t blame his lack of progression on the boogie.

2 responses to “Has Nani run out of chances?”