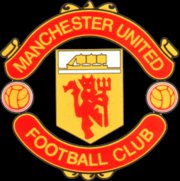 So David Moyes saw his first win as Manchester United boss with a comprehensive 5-1 win over the A-League All Stars yesterday. I got up early to edit our preview but it was worth it to see some of the youngsters get a run and perform really well. Jesse Lingard and Wilfried Zaha both attacked dangerously and looked a real threat throughout.

The team have already moved on to Tokyo where we’ll play a friendly against Yokohama F. Marinhos (11:20am BST) on Tuesday. Moyes was pleased, post-match, saying:

“It was a special night to get my first victory as Manchester United manager. It was a good performance. We could maybe have got a few more goals – we hit the post and had one or two other chances as well.

“The opposition put on a good show, especially in the first half, when they caused us one or two problems. Once we got the goals we got the chance to control the game a little.

“It was a good game for us. We stepped up and I thought we looked a bit fitter tonight, a bit more ready, and the temperature possibly helped us a bit more than in Thailand.”

Fans worldwide obviously love it when United come visiting their home country on tour. When the Sydney game was announced, I was delighted for the Manchester United Supporters Association of Australia who produce good content year round. If you’re living in Oz and are looking to visit Old Trafford next season, read this from their website.

Meanwhile, chief executive Ed Woodward revealed that the club is considering restoring the words “football club” – which were dropped 15 years ago controversially – to our club crest.

Fans will also be pleased to hear that there are no plans to rename Old Trafford, confirming that both he and Joel Glazer were uncomfortable with the present design.

“We are a football club. We are not a business. The way I described it to the staff was ‘we are a 135-year-old club, and that’s what you have to remember. We are a football club. A club with a capital C: Club’. And strapped to that is a commercial business that’s going to fund a lot of the player purchases going forward here and we have to be supportive of both.

“We’ve got to make sure they co-exist together and don’t impact each other and that’s where we are trying to balance it. The heritage is not just important it is central to what we are trying to do. As an example we will not rename Old Trafford, the name is part of the fabric of the club. It means something to our fans.”

Rename the stadium and you’ll have a riot on your hands, Ed lad. Don’t go fixing something that’s not broken.

Bringing back ‘football club’ to the club’s crest, however, is an excellent idea. One I think all fans would welcome with both hands. As for Joel not liking the change, I doubt he had any idea at the time. His dad and brothers all see it as a business and there’s no getting away from that until the day they piss off.

5 responses to “Glory, Glory: We want our ‘football club’ back”