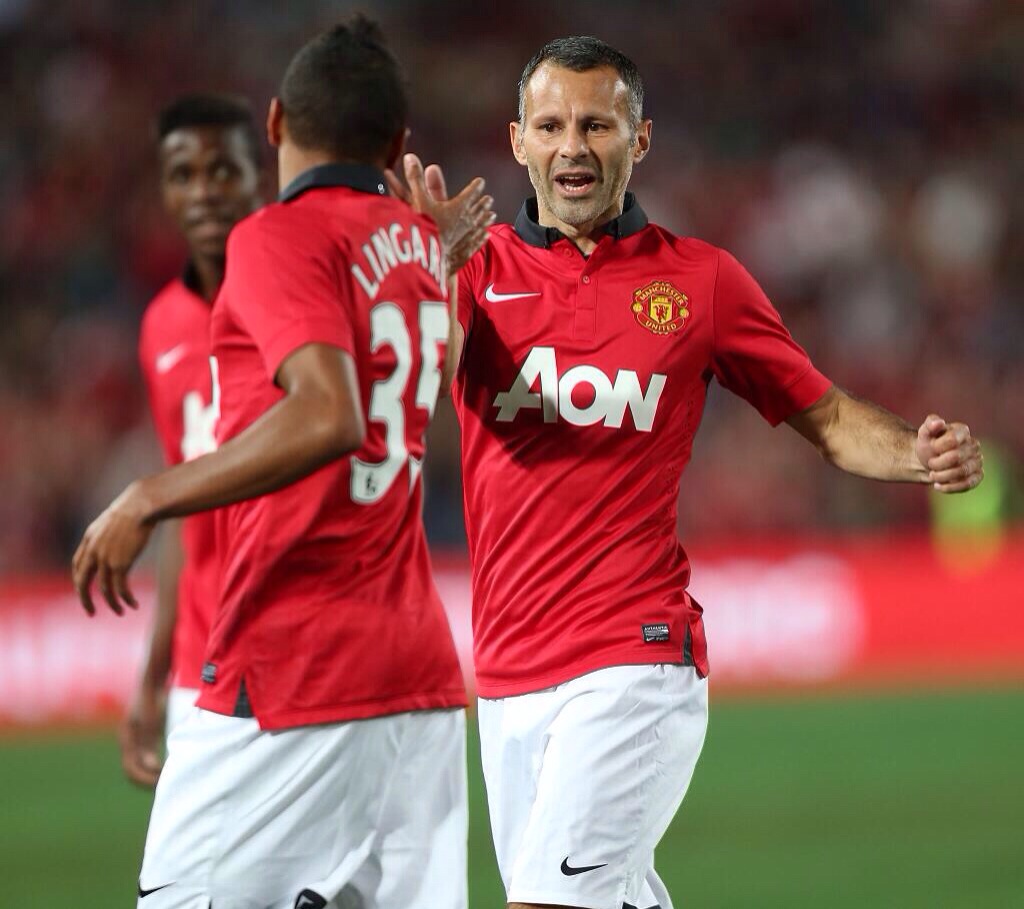 David Moyes earned his first win as Manchester United manager as the Reds recorded their first win on the 2013 Tour courtesy of a 5-1 victory over the A-League All Stars in Sydney.

Braces from Jesse Lingard and Danny Welbeck and a late strike from Robin van Persie ensured a comfortable victory for a United team that looks noticeably more sharper and fitter than the team that disappointingly lost in Bangkok seven days ago.

United settled well in the early stages, with the central midfield duo of Michael Carrick and Tom Cleverley dictating the match and providing plenty of supply into the more advanced players. Welbeck combined well with fellow academy graduate Lingard in the early stages but goalkeeper Covic tipped the shot wide. Patrice Evra failed the make the most of a free header from the resulting corner as United looked certain to open the scoring sooner rather than later.

Sure enough, the breakthrough arrived on 11 minutes as Welbeck showed fantastic awareness to dummy Zaha’s infield pass from a wide position, allowing Lingard to pick up the ball and confidently place a calm finish beyond the advancing Covic.

Possession belonged mainly to United and the lead was doubled just after the half hour mark as Danny Welbeck showed a predatory instinct and finishing ability that has been sorely missing in recent times. A delicate touch from Giggs on the edge of the box fed Welbeck and the England striker slotted home across the goalkeeper. Both teams had chances to score before the half time break but Rafael blocked Berisha’s shot and Covic again foiled Welbeck after intricate build up play around the edge of the box.

The A-League All Stars added some life to the contest as the lead was halved after just 7 minutes in the first half, as Besart Berisha found enough space just inside the United penalty area to find Lindegaard’s bottom right hand corner, although the Dane should have done much better in dealing with the somewhat scuffed effort. However, hopes of a potential comeback dissipated three minutes later as Lingard netted his second with a superb strike from 18 yards out that flew into the helpless Covic’s top corner. It was a strike that summarised the 20 year old’s impressive performance, which suggested a role in the first team this season is by no means unrealistic.

The introduction of Robin van Persie after an hour only provided the Reds with more attacking impetus, and Welbeck scored his second of the night with a header from the Dutchman’s corner kick on 70 minutes. The goal was reminiscent of Welbeck’s goal in the Bernanbeu last season, and though this one was of slightly less importance, it should improve the striker’s confidence in front of goal nonetheless.

The rout was complete late on as Robin van Persie hammered in a right footed effort past substitute goalkeeper Michael Theo after failing to make the most of a one on one situation. Adnan Januzaj struck the upright in stoppage time when he ought to have scored but overall, David Moyes will be delighted with the performance of the team as the players continue to work towards full match fitness.